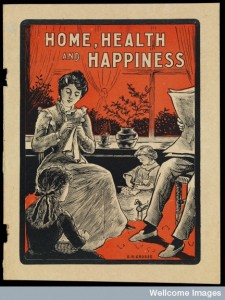 As participants discovered, debated and discussed, appeal to 'the emotions' forms an important part of diverse political projects.

For most conferences, ‘interdisciplinary’ is little more than an aspirational adjective. There is normally very little, if any, pushing at the boundaries of established departmental norms. This was certainly not the case here as over two days, scholars working with case law, acting theory, modern art, musicology, anthropology, affect studies, and politics, as well as history and literature, debated and discussed emotions and emotional control. Organised by postdoctoral and postgraduate students at the Centre, the conference proved a fertile hub for these conversations, and with so much packed into what amounted to a day and a half, only the most selective overview is possible here.

As Centre Director Thomas Dixon announced at the start of the conference, both of the first-choice keynote speakers had agreed to attend. Both lived up to that billing. Sally Shuttleworth gave an engaging account of the ‘passionate child’ in Britain in the nineteenth century, teasing out rich religious and medical associations in the construction of juvenile passion. Allan Young gave us a fascinating and important critical window on the neuroscience of Schadenfreude, laced with much dry humour and understated acuity.

But this conference was not all about the ‘headliners’ – in fact, a topic that surfaced again and again during the breaks was the consistently high quality of all contributions. Papers on topics as diverse as the paradox of ‘normal pathology’ in adolescent developmental psychology (Ofra Koffman), and the story of an attempt at material-culture-as-emotional-therapy for a pair of Spanish Civil War refugees (Juan Manuel Zaragoza), were stimulating and enlightening.

Sarah Chaney’s perceptive take on the arguments deployed in the nineteenth century around ‘self-mutilation’ and conceptualisations of ‘civilization’ and Joseph Maslen’s snapshot of the print media’s treatment of the ‘emotional control’ of British spy Anthony Blunt both revealed some of the wider intellectual projects that have been buttressed by particular concepts of emotion and emotional display.

Indeed, Mary Luckhurst’s project to expose the ‘myth of empathy’ in the teaching of acting, and Adrian Howe’s invigorating feminist-Foucauldian invective against the inequalities maintained by the ‘crime of passion’ defence in law, were only the most explicitly ‘political’ contributions. In fact, as two of the organisers Jen Wallis and Åsa Jansson said when summing up at the end, the conference showed that ‘the emotions’ form an important part of many battles, both inside the academy and out.

It is an exciting, as well as challenging time to be participating in scholarship of the emotions. This conference demonstrated that engagement, enjoyment and excellence continue to play a major part in this project. For that, the organisers and participants are to be congratulated.

3 thoughts on “Mastering the Emotions – a Post-Conference Reflection”