Beaty Rubens is the Series Producer of ‘Five Hundred Years of Friendship‘ on BBC Radio 4. She previously produced a 30-part history ‘The Invention of Childhood‘, presented by Michael Morpugo, first broadcast in 2006. Here, in an article first published on the BBC News website, she writes about the perceived dangers of childhood friendships, both in the eighteenth century and the present.

Many parents are anxious about their children falling in with the “wrong crowd”, particularly in the era of untrammelled access to social media. But worries about the wrong type of friends go back 200 years at least. 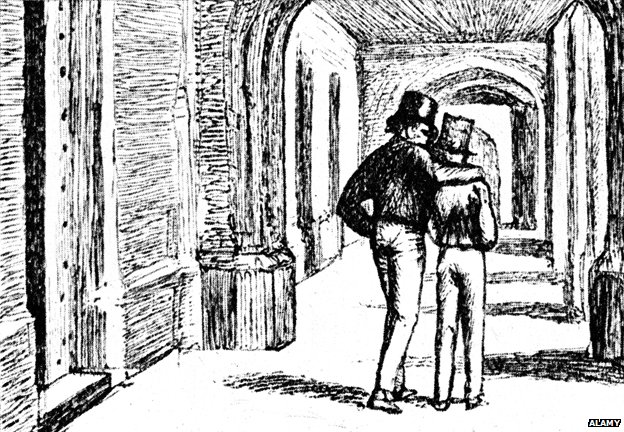 In the 18th Century, children were given “conduct books” that gave moral advice on how best to live their lives. They routinely warned of the dangers of friendship.

“Friendship was regarded as quite dangerous,” says Professor Matthew Grenby, an expert on children’s literature from Newcastle University. “Friends are the sort of people that are going to lead you off the straight and narrow and are going to be detrimental to your secular prospects and also your spiritual prospects.”

One particularly popular book, The Governess, by Sarah Fielding, published in 1749, warned that a “delight in friendship may lead to all manner of errors”.

“Fielding was very anxious that you could fall in with the wrong crowd, and that these people are going to be problematic for you in a way that your family, which has your best interest at heart, is not,” says Grenby. The 18th Century view of children’s friendships is “family – good, friends – very often bad”.

But changes in the 19th Century made this view unsustainable. As family size diminished in the mid-Victorian period, a child would simply have had fewer siblings to turn to for companionship. Meanwhile, the introduction of the Elementary Education Act in 1880 meant that children were going to school en masse and inevitably forming friendships outside their own families. 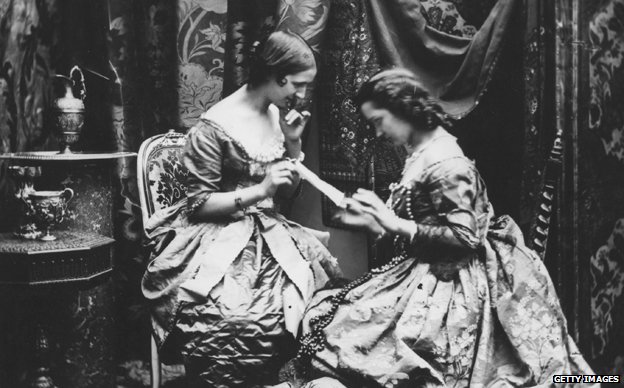 Anxieties persisted. Grenby believes children’s school stories from Thomas Hughes’s Tom Brown’s Schooldays to Angela Brazil’s A Fourth Form Friendship were simply a more appetising continuation of the conduct book tradition. The books featured veiled warnings about falling in with the wrong crowd – though things do tend to work out well in the end. After a few unhappy errors of judgement, Tom is befriended by the saintly Arthur, while Brazil’s heroine, Aldred, is saved by the sensible and forgiving Mabel.

A new book on social media and personal relationships in the 21st Century, by Professor Deborah Chambers, of Newcastle University, suggests that young people continue to show balanced judgement in their choice of friendships.

Online, Chambers believes the most worrying dimension is the new concept of public display – whether in establishing a new friend or bringing a relationship to an end by “unfriending”.

“People are still learning the etiquette that’s required for this sort of set of online friendships.”

For those parents who are concerned that their children’s social circle will be a bewilderingly random selection of people met on social media, there is reassurance. The vast majority of young people are not forming online friendships with strangers, says Chambers. “Young people often say that they regard face-to-face friendships as superior, and very few of the young people that have been engaged with by researchers are interacting with strangers online. Their connections are actually still very local, and they’re usually with people at school that they connect with in the evening, at home. They are cementing friendships”.

Young people who find difficulties forming bonds at school are more likely to turn to online friendships with strangers, Chambers concedes. A group of girls from King Edward VI Handsworth School for Girls in Birmingham, are typical in sharing a subtle understanding of different types of friendship. One girl says: “A Facebook friend is an acquaintance that you just want to have a way of communicating with, rather than switching phone numbers or emails, because that’s a bit too personal.”

More than one of the girls in the group spoke of deactivating their Facebook accounts: “I recently just deleted my Facebook because I was kind of considering whether these people were my friends, and I felt that I knew more about strangers than I needed to know, and I wanted to be comfortable in the fact that I know who my friends are, so I saw people with hundreds and hundreds of friends and that’s why I deleted mine.” 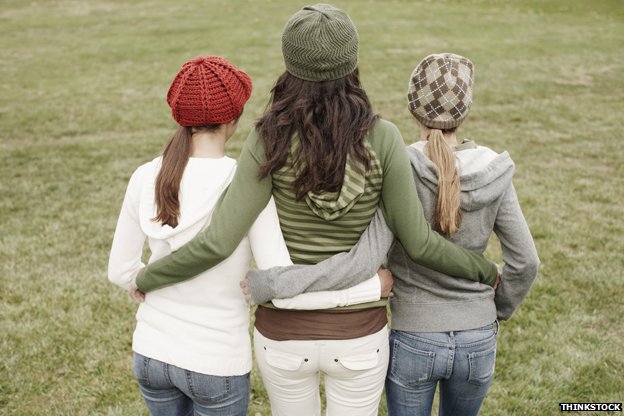 Parents who worry that their children are soulless “cyborgs” stuck permanently in front of a screen having only virtual relationships are wrong, says Dr Thomas Dixon, from Queen Mary, University of London.

“In fact, they’re doing something quite similar to what we did in our childhood and just reinforcing it.”