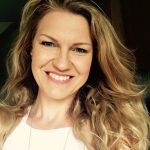 Dr Fay Bound Alberti has published widely on the histories of medicine and science, gender, the body and emotions. Fay co-founded the Centre for the History of Emotions at Queen Mary University of London where she remains Honorary Senior Research Fellow. Other areas of interest include illness and disease, the history and ethics of cosmetic surgery and the relationship between mind and body and gender politics. Fay’s most recent book is This Mortal Coil: The Human Body in History and Culture (Oxford University Press, 2016). She is a regular blogger for The History Girls, a group of best-selling, award-winning writers of historical fiction and non-fiction. Fay’s forthcoming monograph is a cultural and emotional history of face transplants.

Faces matter. They signal our individuality, genetic inheritance, emotions and identity. Little wonder that a disrupted or disfigured appearance is a source of social stigma and distress.[1] Yet faces are also matter; reshaped by cosmetics, art and surgery. Today, faces are transplantable, able to be moved from one human being to another, from the dead to the living. This brings extensive ethical as well as medical considerations. As the medical anthropologist Linda Hogle put it, ‘you’re really transplanting more than the tissue itself [with face transplants]. You’re bringing someone’s identity and overlaying it on the recipient’s body’.[2] That challenge was realised in the person of Isabelle Dinoire, the world’s first partial face transplant recipient.

In 2005, the 38-year old French woman was savaged by her pet dog after she had taken an overdose of sleeping tablets. Whether the overdose was an accident or not has been a subject of debate. Dinoire described waking to find ‘a pool of blood next to me. And the dog was licking the blood. But I couldn’t imagine that it was my blood or my face. Or that he had chewed me.’[3] Still groggy and confused from her overdose, Dinoire sat up and tried to light a cigarette, an act she described as ‘an automatic gesture’. Confused that she could not keep the cigarette between her lips, Dinoire crawled to her bedroom to look in the mirror. That is when Dinoire discovered the full extent of her injuries. She had no lips, no chin and no nose. That was the moment she realised ‘it was not a dream, it was reality. I had no face.’[4]

Dinoire’s operation took place at a time of intense global competition to undertake the first successful face transplant; a development with echoes of the first heart transplant.[5] Images of Dinoire pre- and post-surgery and voyeuristic details of her rehabilitation were told by a mass media to a public repulsed and intrigued.[6]  When Dinoire died of cancer in 2016, her doctors denied it was in any way connected to the cocktail of immunosuppressant drugs she had been taking. Though those drugs are known to increase the risk of cancer.[7] I have written in detail about Dinoire elsewhere, for her case draws attention not only to complex, gendered assumptions about face transplant patients and the female body, but also to the political framework in which medical firsts take place.[8]

Since 2005 no more than forty face transplants have taken place around the world, in Spain, Turkey, China and Poland, with varying degrees of success.[9] Yet face transplants are a relatively neglected area of recent history, and discussion still revolves around medical and ethical rather than emotional and psychological concerns.[10] I am currently writing a monograph on the history and pre-history of face transplants that explores their affective and cultural context. For face transplants raise key questions about our identity as human beings, our relationships with others and the ways in which physical appearance is linked to experiences of anxiety, depression, fear and shame. Before her face transplant, Dinoire felt that her visage was ‘monstrous, traumatic, unshowable.’ After her transplant, she was still subject to the gaze of others, but now because she was a ‘circus animal.’ Her existence provoked mixed emotions in others: from her surgeons to her children, from the family of her donor to the unknown multitude who looked at her ‘before and after’ pictures and talked about medical miracles, the limits of science and whether she might ever ‘kiss again.’ This question does not seem to have been asked of male face transplant recipients.[11]

Dinoire’s experience is a reminder that facial disfigurement and reconstructive surgery does not take place in a vacuum. There are important historical accounts of facial disfigurement as a social and medical question, many of which show considerable nuance between medical and social models of disability. [12] Face transplants are both a continuation of the surgical reconstructive skills that developed after World War I and something else; the blending of two identities, old and new, and the creation of a ‘hybrid-being.’[13] While post-war reconstructive surgery primarily took place on soldiers returning from battle, informing a gendered narrative of disfigurement and heroism, today’s face transplants raise a different set of questions about gender, identity and emotion. Moreover, today the very act of getting older triggers fear and disgust, let alone a traumatic facial disfigurement or a surgical procedure as radical as a face transplant.[14] In writing the emotional and ethical history of face transplants, then, it may be society as much as surgery that needs to come under the spotlight.

[10] A recent exception is Sharrona Pearl, Face/On: Face Transplants and the Ethics of the Other (forthcoming, University of Chicago, 2017).

[13] This term is explored in Samuel Taylor-Alexander, On Face Transplantation: Life and Ethics in Experimental Biomedicine (Basingstoke: Palgrave Macmillan, 2014).