Professor Mark Peel is Head of the College of Arts, Humanities and Law at the University of Leicester. He has previously held chairs of history at both Liverpool and Monash Universities. Professor Peel contributed to Episode 12 of ‘Five Hundred Years of Friendship’ and previously wrote chapters on twentieth- and twenty-first-century friendship for Friendship: A History (2009). In this post he explains the thinking behind those chapters.

What I tried to capture in the two chapters I contributed to Friendship: A History was the escalating significance of friends for most twentieth-century people, and the ways in which friends—because they were chosen—were important companions for the more and more self-fashioned lives that people imagined and sometimes enjoyed. Of course, it is always important to think about constraints, and the horrors of the twentieth century are obvious enough. But I wanted readers to think about some of the changes that had broadened people’s experiences and life expectations, given more of us some sense of command over our destinies, decreased our reliance on family and neighbours, and allowed us to breach the boundaries that can be created by the intolerances of faith and caste. Making friends is an important part of that story, as I tried to show in the following extracts: 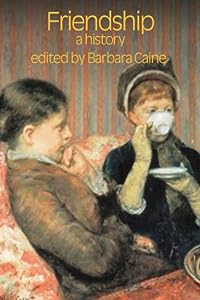 “In the first half of the twentieth century, a wider range of people came to regard a particular form of intimate and emotional friendship as a crucial component of a good life. More than family, kin or faith, friendship was the social glue of modernity. Friendship helped people manage, endure and even enjoy dramatic transformations, strengthened the horizontal bonds of age and shared experience, and nourished those who lived beyond sanctioned boundaries. . . Friendship was the conversation about who you had been, who you were and who you wanted to be. It was for the discussion of dilemmas and the rehearsal of new directions. Because you chose your friends, it also epitomised what was, for most people, a new degree of freedom to make their own way. What relatively few nineteenth-century people could enjoy became the realistic aspiration of many. Popular culture and popular conversation agreed on the growing significance of friends, and the importance of friendliness as a model for improving the relationships you had to have, such as those with family or neighbours. Cultural descriptions and prescriptions also focused on the links between friendship and successful selfhood: your friends, more than anyone, witnessed and assisted you develop a true sense of self. New forms of knowledge and leisure also shaped these understandings of friendship. More than philosophers and social scientists, advocates of friendship’s instrumental virtues—such as Dale Carnegie—and the producers of mass entertainment moulded the idea and the expectations of friendship among twentieth-century people.”

In a history of twentieth-century friendship, I wanted to make two other significant points. The first was to speak against the assumption that ordinary people were the victims of collapsing structures of traditional affiliation—family, community, neighbourhood, church, group or nation—and were or would end up adrift in a sea of isolation. Elites have generally seen something like this as the outcome of democratising and modernising forces that they don’t much like, largely because they assume ordinary people to be somewhat backward, under-developed and only partly educable versions of themselves. The evidence suggests that a capacity for friendship, amity and tolerance is not restricted to elites, and that the avant garde of friendship is often made up of outsiders, migrants and others.

The second was, a little boldly, to declare the twentieth century the century of female friendship:

“There was also a decisive shift in friendship’s location, as those once presumed unfit for its responsibilities became its exemplars. If heterosexual men seemed to struggle with the demands of this more intense, emotional and self-exposing idea of friendliness, women and then homosexual men became its chief agents, advocates and public performers. The idea that women possessed a special capacity and desire for befriending—whether innate, socialised or perhaps even as an outcome of patriarchal oppression—was clearly important well before the twentieth century. As Stacey Oliker argued, and as earlier chapters have shown, women’s increasing specialisation in feeling, emotional communion, sentiment and disclosure was evident well before the turn of the century. At its beginning, in 1907, one American male writer had already declared that “in the emotional region, many women, but very few men, can form the highest kind of tie”. It was an interesting prophecy, for the twentieth century was the age of female friendship, or perhaps the age when friendship became female. As the boundaries between male intimacy, male friendship and homosexuality became ever more difficult to control, women focused more and more attention on the intimacy and enclosure of ‘true’ friendship. Yet friendship among women—and among other outsiders, too—also changed its meanings and possibilities. From them came new or refreshed idealisations of inclusive friendship as a bulwark against oppression, as a crucial foundation for personal and collective liberation, and as a model for a better world. There were famous friendships of activism and mobilisation, and there were congresses promoting the friendship of nations. And there were thousands of unrecorded intimacies, moments of connection and disclosure that just as surely changed the future.”

Finally, in writing about the end of the twentieth century and the beginning of the twenty-first, it was important to recognise and celebrate the popular culture of friendship, and the ways in which “the link between friendship and love is seen as more and more important. In the popular advice of magazine, film and television, love without friendship is an ever more brittle bond; by century’s end, as the Spice Girls sang, “if you wanna be my lover, you gotta get with my friends, make it last forever, friendship never ends”. . . Learning how to make friends was also changed by the expanding scope of vision. Twentieth-century people could see and hear much more of the world, and new or cheaper technologies of recording and sharing information—photographs, cassettes, and videos at first, and then the virtual worlds of the computer age—provided a platform for everyday intimacy over long distances. This was the crowning moment for the millions of penpals, penfriends and would-be travellers who could, as affluence increased and the costs went down, begin to visit as well as write to people and places separated by great distances. There was an increasing capacity to replay and relive the key moments of a life spent with friends, and friends were more and more likely to dominate the supporting cast in each person’s photo- or video-documentary of their lives.”

And in popular culture, television has to loom large: 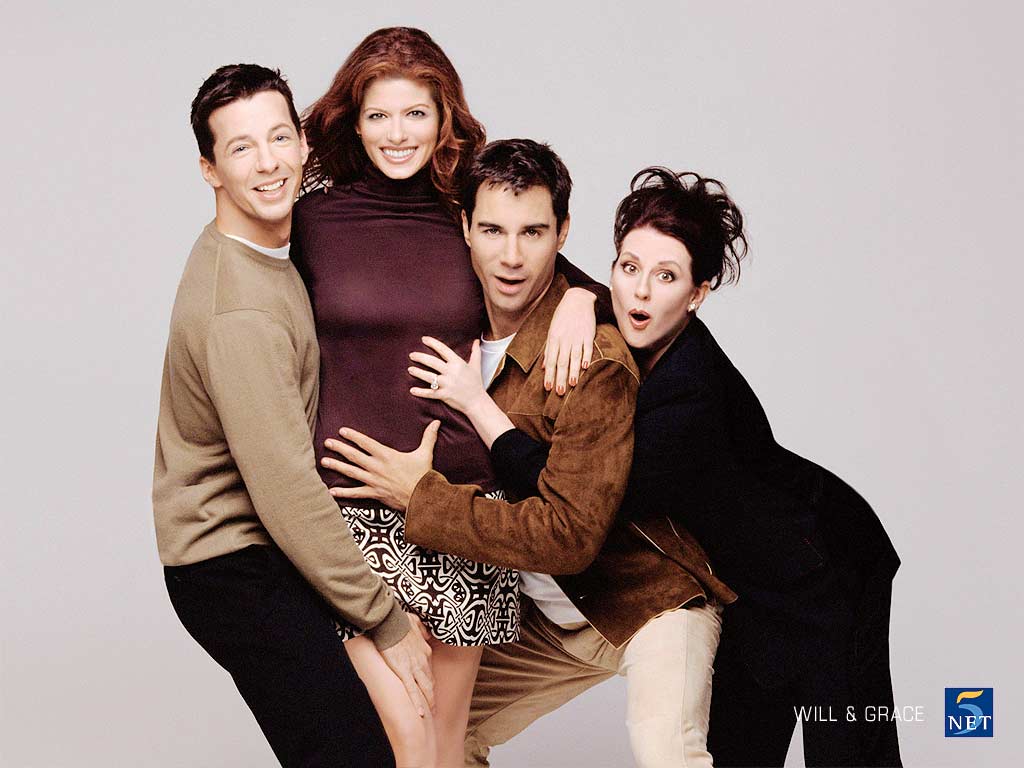 “With its dramatised guides to selfhood, relationships, emotions and romance, and with its growing focus on talk, ‘lifestyle’, ‘reality’ and everyday living, television became the single most important place in which twentieth-century people could see how they might live, whether that meant changing or staying the same.” By the end of the century, we saw a “new wave of hugely successful performances of friendship’s pleasures, from Friends to Sex in the City and Will & Grace. If friendship’s revitalising properties seemed less certain to sociologists, philosophers and social temperature-takers, popular celebrations of enduring, intimate friends made a life without them one of the bleakest prospects that most people could imagine. These celebrations—and earlier ones such as The Golden Girls or The Mary Tyler Moore Show—also made clear the ways in which female friendships became even more central to popular as well as academic versions of ideal bonds. In movies and television shows, at least, the strongest friendships were between women and, from about the 1980s, between women and gay men. Male friendships did not completely disappear, but by century’s end, anxieties over friendlessness and the incapacity to make and keep friends seemed almost to assume that such problems mostly involved heterosexual men.”