As far back as Charles Darwin’s 1872 work, The Expression of Man and Animals, it has been assumed that the emotion of disgust is an evolved universal trait, found in all cultures at all times. In the late 1960s and early 1970s, Paul Ekman and Wallace Friesen presented evidence for a universal facial expression of disgust, all-but cementing it as one of the six basic emotions that are still used as the backbone of a great deal of emotion research.

This week, a group of scholars from a range of disciplines have come together to explore different aspects of disgust, attempt to define it and question whether it had an origin, whether it is universal, and whether it can even be called an emotion. The first in this series is a guest post by Guenter B. Risse. 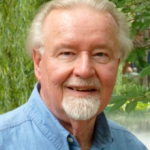 uence of emotions in public health, notably in his Plague, Fear and Politics in San Francisco’s Chinatown (Johns Hopkins University Press, 2012) and the recent Driven by Fear: Epidemics and Isolation in San Francisco’s House of Pestilence (University of Illinois Press, 2016) His blog attempts to sketch the dynamics responsible for the construction of health risks and drastic separation of persons deemed dangerous to society.

Testifying in April 1876 before a commission appointed by the California Senate to study the nefarious impact of Chinese immigration, Hugh Toland, a prominent surgeon and founder of his own medical school, asserted that 90 percent of venereal cases in San Francisco could be blamed on Chinese prostitutes. Engaging in “beastly sex,” they ultimately threatened America’s survival by “infusing poison into the Anglo-Saxon blood.” Revealing himself as a notorious racist, Toland expanded on the alarming incidence of “some of the worst cases of syphilis I have ever seen.” For a few dimes, white preteen local boys were initiated into the pleasures of the flesh with “frightful” consequences, poisoned by the seeds of a nearly incurable disease filling “our hospitals with invalids.” Indeed, some women in advanced stages of the disease came to the city hospital, where frightened and disgusted patients as well as physicians sought their immediate expulsion and transfer to a stigmatized isolation facility: San Francisco’s Pesthouse, where they briefly languished before dying. 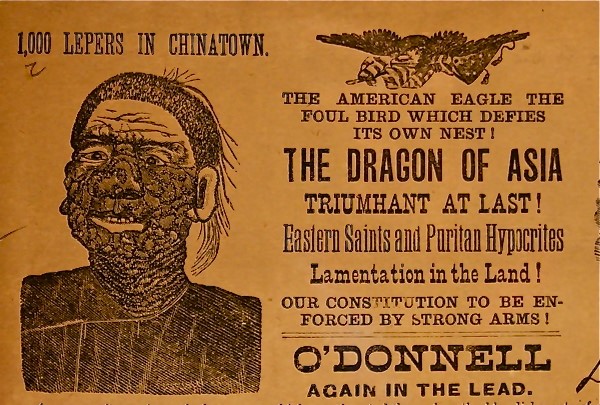 Pamphlet distributed in San Francisco by anti-Chinese politicians attempting to create fears of a leprosy epidemic, 1878

Migration from Asia was gaining momentum. Every ship brought hundreds of Chinese to America’s shores, some of them suffering from “loathsome” diseases. The use of this code word was deliberate; it was part of an emotional vocabulary designed to instill aversion. Loathsomeness implied a broad range of revolting feelings, from physical repulsion to moral contempt, fear to outrage, odium to horror. Primarily intended to identify acute infectious ailments with hideous skin manifestations, the attribution was also linked to cultural biases and presumed ethical infringements. Prominent among the “loathsome” diseases requiring removal were cases of smallpox, advanced stages of syphilis, leprosy, and plague, occasionally joined by certain disfiguring forms of cancer, crippling paralyses, as well as superficial tubercular lesions known as “scrofula.” Because of their overlapping symptoms and imprecise, shifting nomenclature, particularly with regard to the visible skin lesions, such contemptible diseases continued to be mired in clinical confusion and diagnostic quandaries.

With the help of disciplines like cognitive neurobiology, anthropology, as well as evolutionary, social, and clinical psychology, new insights are emerging concerning a broad range of sentiments and their influence on human beliefs and decision-making. Self-preservation is intuitive; emotion-driven behavior routinely responds to perceived risks. Negative feelings such as fear mongering and disgust appear to operate as an early warning system, detecting and opposing environmental dangers and social threats. While gruesome visual images provide physical, aesthetic and moral appraisals, smell and touch offer their own impressions and language to bolster aversive emotions. Such sensory cues trigger or enhance dread and repugnance.

Indeed, since ancient times, aversive sentiments have decisively contributed to the identification of epidemic threats, making possible their evasion or control. All diseased persons can become a menace; they turn into the ’other.” Feelings of avoidance are generated and expressed within particular social contexts shaped by biological, cultural, as well as political and economic factors. While the biological substrate of emotional responses is more or less the same; time, place, culture, and societal circumstances, as well as levels of scientific knowledge and the shifting ecology of disease, all determine their expression. Guided by the memory of previous vivid emergencies, new experiences can lead to notoriously flawed and often skewed “gut” reactions. These emotions influence the brain’s slower, conscious, and reflective rational network, particularly if they are fabricated or manipulated by particular ideologies or political and economic interests. Indeed, excessive and unreasonable emotional experiences have played an important role in human history, shaping notoriously biased responses in a hazardous world of crises, disasters, and pandemics.

Today humanity is said to be a visceral, disgust-obsessed species. Globalization and the formation of pluralistic societies seem to have enhanced feelings of fear, distaste, and revulsion that cover virtually all aspects of human relationships. Disagreeable feelings are facially expressed through a wrinkled nose, raised lips, and open mouth, often followed by the squeezing of the throat and nausea. This suggests that, in an evolutionary context, disgust was originally activated to protect us from orally transmitted threats, primarily the intake of unsuitable nourishment capable of triggering vomiting and diarrhea. In fact, the term “disgust”—literally, “bad taste”— refers specifically to the harmful qualities of spoiled foodstuffs, their detection, and gastrointestinal effects. Perhaps this “grossed out” or “yuck” feeling intensified in response to environmental changes and population density within early agricultural and pastoral societies exposing humans to greater health hazards. In an unfamiliar world of nourishment prone to decay, disgust served as a protective measure establishing rules and taboos concerned with food preparation and consumption. Beyond digestive avoidance, expressions of revulsion meshed with threats to bodily homeostasis. Sweat, saliva, stool, semen, decaying corpses, and deadly diseases made disgust the body’s key guardian. Provided with a host of new cues from sensory perceptions, humans withdrew and distanced themselves from a variety of disagreeable elicitors that came to include decomposing organic matter, spoiled foodstuffs, garbage, bodily fluids, dirt and wastes, as well as sewage.

Expansion of human populations multiplied the frequency and intensity of interpersonal contacts. Activated by novel sights, smells, and potential contaminants, emotions of dread and defilement came to shape and regulate social interactions. In fact, disgust has been coined the emotion of civilization, a key mechanism for setting physical and moral boundaries and guarding us against a widening spectrum of perceived threats. Strangers or unfamiliar “others”—were to be shunned or rejected. Individual and social prejudice as well as stereotyping morphed into powerful tools for constructing ideologies of nativism, race, and class that shaped political discourse. Divisions based on morality, ethnicity and nationality were accompanied by those based on religious beliefs and gender roles. Minorities were stigmatized, inequality justified, and violators of established rules punished.

Triggered by accelerated urbanization in late medieval and early modern Europe, the sanitary concept—filthy and spoiled environments breed poisons capable of causing diseases—was a key Western cultural creation shaped by repeated encounters with deadly epidemic disease. Clearing away rubbish and excrement from narrow, unpaved streets, opening drains, and cesspools and installing latrines in crowded cities, began as emotional imperatives rather than hygienic ones. Later, nineteenth-century public health policies drew on a powerful rhetoric that employed strong code words such as “filth” and “stink,” exacerbating potent feelings of revulsion and fear of contamination, especially in industrial urban areas of Europe and America.

The horrors of bodily infection and corruption initiate fight or flight mechanisms. At later stages, virulent syphilis displayed gruesome and disfiguring ulcers in various levels of decay. Called “gummas,” they destroyed the patient’s nasal cartilage, palate, and vocal cords. Similar fears were expressed about smallpox and leprosy. The former shifted from red spots to gray pimples or papules followed by vesicles filled with gray fluid. Denser in the face, palms of hands, and soles of feet, such lesions rapidly became grotesque pustules or pocks surrounded by a red halo. Confluent cases exhibited a swollen, bloody face with sunken eyes. Persons in advanced stages of leprosy displayed a leathery, frozen “leonine” visage, with swollen lips, flattened nose, all framed by reddish, dry, and scaly plaques, crusts, and tubercles. Lastly, bubonic plague with its characteristic “carbuncles” also could feature confluent dark bluish hemorrhages responsible for the disease’s early characterization as the “Black Death.” In sum, “foul contagious disease” could “ruin body and soul, bestowing a terrible burden on the next generation.” 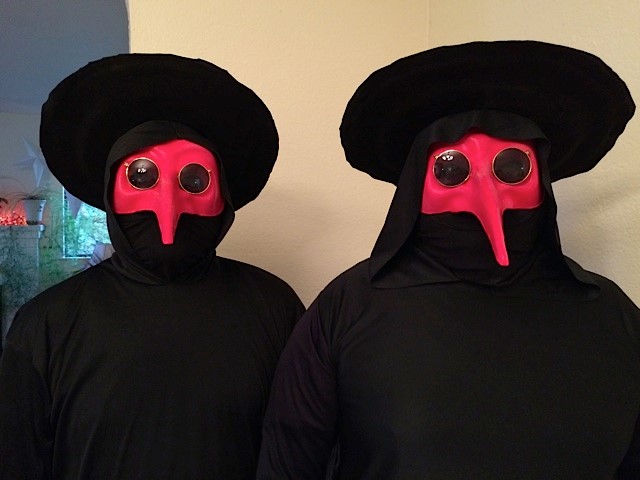 In this highly emotional context, sensory and social avoidance techniques designed to keep sick and malodorous people at bay came to rein supreme, enabling individuals and communities to avoid contamination and possible death. The task began with detection of prominent symptoms and signs of disease with the help of visual, odoriferous, tactile, and auditory sensations. Accounts of illness in family, friends, or society at large all also contributed to the experience. Proximity and personal recollections heightened contempt; avoidance of similar situations became routine. Memory of past epidemic disasters, coupled with plausible predictions regarding future crises, had lasting effects on human behavior. Remembrance stoked individual and communal imaginations to fashion a rationale for establishing quarantines and pest houses. Domains of disgust linked to the highly visible horrors of human flesh, such establishments came to represent physical and moral gatekeeping.

The idea that sick people must be separated from the healthy emerged at the junction between biology, on the one hand, and culture, politics, and nativism, on the other. Traditional narratives of public health depict a successful rational enterprise based on successive scientific discoveries, progressive legislation, and dedicated implementation. Yet, while historians have studied other institutions of confinement such as hospitals, asylums, and prisons, they have seldom examined quarantine facilities and pest houses. This omission partially stems from lack of documentation, a function of their frequently ephemeral nature and sordid reputation. Most establishments, often located near similarly unwholesome spaces such as dumps and cemeteries, were periodically destroyed to purge potential contaminants, only to be rebuilt at the already stigmatized site during subsequent emergencies. Although conveniently concealed from the public, pest houses represent another valuable “island for analysis” in the Foucauldian “carceral archipelago” of disciplinary institutions. 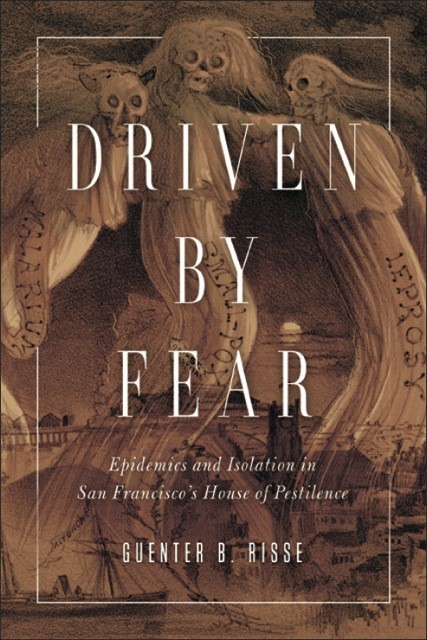 C. Strange and A. Bashford, eds., Isolation: Places and Practices of Exclusion, ed. by, London: Routledge, 2003.

M. T. Fessler and K. J. Haley, “Guarding the Perimeter: The Outside-Inside Dichotomy in Disgust and Bodily Experience,”Cognition and Emotion20 (2006): 3-19.

Michel Foucault, Discipline and Punish: The Birth of the Prison, New York: Vintage, 1995