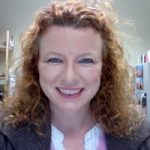 Bríd Phillips holds an MA in medieval and early modern studies and BA in Classics and English and Cultural Studies. She is currently a PhD candidate in English and Cultural Studies at The University of Western Australia. She recently spent four weeks visiting the Queen Mary Centre for the History of Emotions. She spent this time working on the final chapter of her doctoral thesis, provisionally titled “Stirring the emotions with colour: an examination of the affective role of colour use in the drama of William Shakespeare.”

Comments or thoughts on colour and emotion in the early modern period are welcome: brid.phillips@research.uwa.edu.au

My research analyses how William Shakespeare employed colour to convey emotion in several of his plays. My aim is to consider the connotations of colour terms in their original context, and to explore the ways in which colour signposting can point to culturally specific representations of emotions. To situate the research in its historical context, I analyse the relationship of colour to emotion through the lens of medieval and early modern ideologies including rhetorical teachings, humoral theory, material culture, physiognomy, and visual culture.

To take visual culture as an example, this was important because in early modern England there was a growing interest in methods of painting. Painting in England had fallen behind interest and methods in Europe but this was changing by Elizabethan times. In 1598, Richard Haydocke translated Lomazzo’s Trattato dell’arte de la pitura. One of the themes in the book associated the use of certain colours with certain meanings. In the Third Booke: Chap. XI Of The Effectes Cavsed By Colovrs, he gives an overview of the function and emotional relevance of colour in art works. He writes,

Becavse all colours haue different qualities, therefore they cavse diuerse effects in the beholders, which arise from an inwarde contrariety of their cavses (as Aristotle teacheth) which I purpose here so far forth to lay open. First therefore blacke light, earthie, lead-like and obscure colours, by reason of their heauy qualities, being apprehended by the eie, doe breede in the minde of the beholder tarditity, musing, melancholie, &c. Blacke, greene, the colour of the Saphire, reddish, or obscure of the colour of gold and silver mixt together as yellow, yeelde a pleasurable sweetnesse. Redde fiery, flame colour violet, Purple, the colour of iron red hote, and Sanguine cause courage, providence, fiercenesse and boldness by stirring up the minde like fire. Gold colours, yellowes, light Purples, and other bright colours make a man vigilant, adding grace and sweetnesse. The Rose colour, light greenes, and bright yellowes yield joy, mirth, delight &c. White ingedreth a kinde of simple attentiō more melancholy then otherwise. […] And these are the qualities of colours, in the disposition whereof we must be careful, that we make no disorder or confusion in the eie of the beholder.

In Haydocke’s chapter on the colour red, some of the meanings listed are revenge, martyrdom, love, charity, ardent affections, nobility (as purple is presumed not to differ that much from red), and courage. Most significantly, red is nearly always associated with strong, bold emotions. These associations were also commonly employed in literary texts. For example in Shakespeare’s tragedy Othello, Desdemona’s father Brabantio exclaims ‘O treason of the blood’ (1.1.167), allowing for a contextual reading of revenge and possibly martyrdom along with the literal betrayal of bloodlines as Desdemona is committed through marriage to bearing Othello’s children.

Brabantio cannot understand how his ‘maid’, so ‘fair and happy’ (1.2.66), could ‘Run from her guardage to the sooty bosom/ Of such a thing as thou? (1.270-1). Here, he uses colour dichotomies to augment previous slurs on Othello’s character, thereby intending to arouse anxiety and fear amongst those listening to him.

The central moment of the play hinges both on a chromatic reference and an emotional state. Iago, with rhetorical command and a reliance in part on accepted chromatic associations, unsettles Othello and warns him,

It is the green-eyed monster, which doth mock

Iago warns against what he fully expects and wishes to happen, namely that jealousy will take possession and influence Othello’s more rational parts. Green, which was previously associated with hope, joy, and youth, is now associated not only with jealousy but also with the visual proof of jealousy through references to the eye. Indeed this association between green-eyed and jealousy begins with Shakespeare as until this time yellow was associated with the “covetous wighte”. Such a change in meaning reinforces the need for careful contextual research in order to reflect the nuances as they were understood in the early modern setting.

But, to fix one meaning undermines the complexity of the relationship of green to the emotions implicated by this reference. From the Middle English word grenen comes the hint of emotional desire, as grenen meant not only to become green or grow but also to desire or to long for something. There is too the greenness and immaturity of Othello’s socialization in Venetian society. His eyes are clouded by the green vision of jealousy as the monster, from the Latin monstrare, to show, which demonstrates to him false evidence that obscures reality. The scene continues as a homage to jealousy, which is mentioned five more times in quick succession, as Othello demands ocular proof of Desdemona’s supposed infidelity. From this point on Iago is in control, as Othello has been overwhelmed by misplaced jealousy. As Thomas Wright, in The Passions of the Mind in General, says:

[T]he passions not vnfitly may be compared to green spectacles, which make all things resemble the colour of greene; euen so, he that loueth, hateth, or by any other passion is vehemently possessed, iudgeth all things that occur in fauour of that passion.

Every subsequent interaction Othello has with Desdemona will be “coloured” by the jealousy he feels. Much later in the play Emilia reiterates this same point, saying,

But jealous souls will not be answered so:

They are not ever jealous for the cause,

But jealous for they’re jealous. It is a monster

Desdemona reintroduces the colour green when she is alone and preparing for what will be her death. She sings the willow song, ‘by a sycamore tree/ [s]ing all a green willow’ (4.3.39-40). Green, once the colour of lovers, now evokes feelings of sorrow and unrequited love rather than the jealousy described earlier. The changing valence of the colour green coincides with Desdemona’s realization that her fate has been sealed. Her virtue in light of her use of green alludes to the emblem with the motto, ‘Virescit vulnere virtus’ or ‘Virtue thrives from wounds’:

The dockes (thoughe trodden) growe, as it is dailie seene:

So vertue, thoughe it longe be hid, with wounding waxeth greene.

Emblems are another art form that employed colour, and combined text and images, to influence emotions. Geoffrey Whitney highlighted the genre in England with his book, Choice of Emblemes, in 1587. Within this collection there are a number of examples that use colour as an aid to convey their moralising message.

The dier, loe, in smoke, and heate doth toile,

For mourners, blacke, for the religious, white

Which is a signe, of conscience pure, and free.

The greene, agrees with them in hope that liue:

And eeke to youthe, this colour wee do giue.

The marriners, the Blewe becometh well.

Bicause it shows the colour of the sea:

And laste, the poore, the meaner sorte prouide,

Exploring the relation of colour to affect allows for a lively and dynamic reassessment of the role of colour in Shakespeare’s dramatic texts. Shakespeare’s clarity of colour imagery significantly raises the emotional timbre allowing generous and multiple insights into emotional expression. Although colour remained mutable in meaning, by paying particular attention to contextual clues and cultural situations I hope to elucidate emotional signifiers that are not always immediately apparent to a modern audience.