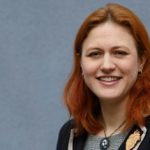 Sarah Chaney is a Project Manager in the Centre for the History of the Emotions at QMUL. She also runs the events and exhibitions programme at the Royal College of Nursing. Her book Psyche on the Skin: A History of Self-Harm is out in February 2017.

“Am I normal?” seems to be a defining question in modern Western culture, across every area of human life and experience, in health and illness. But has this always been the case? And who gets to say what’s normal anyway? Psychiatrists, psychologists, sociologists and anthropologists have all been eager to have their say on this matter. Is normal a sign of health? Is it culturally relative? And when is a norm transferrable from one person to another?

These concerns are often charted back to Emile Durkheim, the influential nineteenth-century philosopher who established sociology as a science. In The Rules of Sociological Method (1895), Durkheim’s discussion of ‘the normal and the pathological’ revolved around its legal implications. Many criminologists of the era, such as the prominent Cesare Lombroso, regarded criminality as a hereditary pathological state. Yet Durkheim contradicted this view. Crime, he concluded, is a normal and inevitable part of society, and so it must perform a positive function. The abnormal, then, was a necessary counterpart to the normal, which facilitated change and social progress.

Not everyone held this positive view, of course. In medicine, pathology had long been something to be eliminated. But even here what the pathological was was tricky to define. Was it a distinct and definite thing – such as a germ or tumour – that could be removed from the otherwise normal body? Or was a medical pathology something that altered the fundamental make-up of an organism? The Hippocratic model of health and illness, focusing on the four humours, contended that disease was caused by an imbalance of these substances. This meant that pathology was a total state, and the outward symptoms of illness were the body’s efforts to bring back harmony: symptoms might be tolerated, or even encouraged, in order to cause this change.

Before the nineteenth century, however, the term “normal” was not usually associated with human behaviour. Normal was a mathematical term, referring to something standing at a right angle. It was the popularity of statistics in the Victorian era that encouraged the application of these mathematical standards to human life. In 1835, French statistician Adolph Quetelet proposed that human traits fell along a Gaussian curve, or normal distribution. The “normal” here was the average. Take hand span, for example: the largest number of people would have a hand span falling at the centre of the population.

This did not, of course, mean that there was any particular benefit in having an average hand span. Increasingly, however, these prescriptive judgments were made in the late nineteenth century. The centre of the curve became viewed as something desirable, not just something that happened to exist, and applied to increasing numbers of human traits and behaviours. This was helped by the standardisation of other areas of life. Compulsory education, for example, led to the identification of children who learnt more slowly than their classmates.

Yet, deciding where the line between normal and abnormal lies has never been an easy task. Even psychiatrists, most often considered the guardians of what is and is not normal, struggled with the concept towards the end of the Victorian era. In the early 1890s, Walter Abraham Haigh, previously a patient at the Bethlem Royal Hospital, wrote to his doctors to discuss his ongoing symptoms. “As you are aware”, he wrote, “the ‘sane’ world has little idea of these ‘sense perversions’ many of which are classified under the name of insanity.”[1] Haigh’s use of inverted commas around the word “sane” cast doubt on the association of sanity with normality. Sanity, like the normal, became a relative term, related to “certain laws, rules and conventions which slowly grow around men as they advance in civilization”, according to Haigh’s former psychiatrist George Henry Savage. For some doctors in this era, sanity became something judged not against a normal curve, but against the past experiences and behaviour of an individual. Something that was pathological in one person might be perfectly compatible with normal in another.

But where does this leave us today? Exploring the history of the contested ways in which normal standards have changed or been measured across different times, places and cultures contradicts the view that normality is somehow a natural concept. In this ‘Normativity November’ series, Dave Saunders will explain how ‘psychic driving’ was developed in 1950s America to banish abnormal memories and encourage positive behaviours without the need for a psychiatrist. Helen Stark will discuss the how concepts of normal masculine behaviour changed in the late eighteenth century and Stacy Hackner will detail how skulls have been used to determine normality in relation to race.  As we look back on how people in past eras have been excluded from society on the basis of a set of expectations that may or may not be considered normal by today’s standards, we encourage you, the reader to reflect on which of today’s norms might be mocked or critiqued in a hundred years’ time. Maybe it’s normal to worry about being normal. But we can still be critical of the very concept.

[1] Read more about this in my article ‘‘No “Sane” Person Would Have Any Idea’: Patients’ Involvement in Late Nineteenth-century British Asylum Psychiatry’.

This post is the first in our ‘Normativity November’ series which explores the concept of the normal as we prepare for our exciting Being Human events ‘Emotions and Cancer’ on 22 November and ‘The Museum of the Normal’ on 24 November.