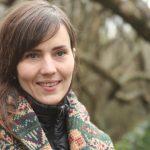 This week is Fears&Angers week on the History of Emotions Blog. We’ll be publishing a series of guest posts arising from our upcoming conference ‘Fears and Angers: Historical and Contemporary Perspectives’ where an interdisciplinary group of scholars will get to grips with fear and anger. In this, the first post of the week, Dr Mara-Daria Cojocaru asks what we should do about anger. Mara-Daria is lecturer in practical philosophy at the Munich School of Philosophy. She is working on pragmatist theories of emotion and is interested in the epistemic role of affective states. Her background is in political philosophy.

I am on a bus in Germany and a passenger is being asked to show his ticket. The man is travelling on a ticket he claims is valid, but the bus driver thinks it isn’t. We are on our way to a book festival and some festival tickets include transportation. However, it seems that there are a number of bus companies operating in the area and there is confusion about which company, and which journeys, are included in the ticket the man bought. The situation gets heated. Another passenger, herself also on the way to the book festival, intervenes and offers evidence in the form of the festival leaflet that this bus is, indeed, not included. The man gets even angrier and begins shouting at both the bus driver and the woman. The woman sides with the bus driver, the bus driver sides with indecision, and in light of the increasing delay to our journey, mixed information coming from his superior (whom the driver calls “mein Meister”, my master), and the man getting ever more agitated and refusing to pay, the bus driver leaves and starts driving again. After a few minutes, he announces over the speaker that he has paid for a ticket for the man out of his own pocket and that this is how he resolved the situation he does not find objectively resolved. The passenger mockingly thanks across the bus and scoffs at the woman who had intervened and sits defeated right behind him. Ten minutes later, we hear the bus driver again: thanks to the woman who had supported him, because, normally, he’d find himself alone in such disputes. She signs a friendly, conspiratorial gesture with her age freckled hand. I have very mixed feelings: I had been wondering whether some kind of prejudice on behalf of the bus driver might have been at play when he attempted to control the passenger since he is not Caucasian. I disapproved of the zeal with which the woman appreciated that the person was double-checked in the first place (she had given the bus driver the thumbs up). It is Germany in 2017 after all. I felt that it is easy to get confused with so many bus companies and that nobody would be harmed, really, if this passenger got a free ride. Having recently returned from the UK, I felt ashamed of the culture of deference to authority in my home country. I thought it a nuisance that we were held up for that long. I was annoyed that the man would refuse to look at that leaflet the woman was showing to him, and I asked him why he wouldn’t take a look: he stuck his tongue out at me. I registered anger dwelling up in me as well – and decided to revise this blogpost, which I had just started, and use this situation in order to make my point: that there must be something that we can do about anger that we currently don’t always manage to do. Let me explain.

Maybe we feel we really shouldn’t, but many of us get angry when we disagree, particularly when we disagree about moral and political questions. Unfortunately, philosophers are of little help here because they are divided on the matter. While already Plato knew why we get angry in such situations, philosophers these days defend two competing views as to what we should do with our anger, if doing something about anger has to do with the way we think about it. Basically, one group of philosophers thinks that anger is an ‘apt reaction to injustice’, the other group regards it as ‘road to perdition in moral and political life’. In the first case, anger is taken to be a faculty, like a sensor: there are certain facts in the world, in particular the destruction of value, that “call for” an angry response. Not responding angrily to these facts is at best a sign of apathy and at worst due to false consciousness. And there are many values that are potentially destroyed in the situation on the bus: Imagine the man was indeed travelling on a valid ticket and neither him, as a victim, nor any of us on the bus who are witnesses to what would be systemic racial prejudice, would protest. Accordingly, the idea that anger is an ‘apt reaction to injustice’ has risen to prominence in feminist and racial justice circles. However, we don’t know whether the man is a victim, and whatever his reasons for being angry, just assuming that he is because the situation fits a pattern we have learned to find upsetting doesn’t seem to be enough. Anger seems to be a somewhat unreliable sensor.

Others, in turn, most notably in recent times Martha Nussbaum, suggested that anger should not be allowed in public life: as the self-righteous reaction by the woman on the bus might illustrate, anger breeds anger, it may be seen as essentially unreasonable, a bad character trait even, and undermining the institutions we have in order to deal with moral and political problems. On this view, the most reasonable thing is to call the authorities and to emotionally transition into a concern for justice. While this comes close to what the bus driver did, imagine that, actually, yes: the passenger was travelling without a valid ticket. However, imagine, too, that the information was really not easily available to an outsider and that at some point he gave up in frustration and took his chances. He may have been in a hurry, and we can think of many other structural aspects that may have co-created the problem. We may not be raging, but, eventually, we may be able to see the problem, too. Thus, it seems too easy to simply dismiss hotheads and people who can come to appreciate anger in other ways from moral and political debates either.

I want to suggest, then, that both views, while each seeming plausible in one way or another, have a problem because they take anger at face value. Anger is either taken to be too reliable or too stereotypically unreasonable. Philosophical pragmatism promises help. For while one pragmatist, William James, was famous for promoting a particular view of what an emotion essentially is, the dynamic and semeiotic conception of emotion we find in pragmatists such as Charles Sanders Peirce and John Dewey helps us in thinking what we could do about them. The most important feature of which is interpreting anger in such ways that the violent disagreement that tends to get us stuck, on the bus or in moral and political life, is turned into one that is simply passionate.