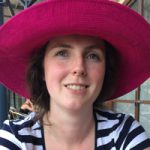 This week is Fears&Angers week on the History of Emotions Blog. We’ll be publishing a series of guest posts arising from our upcoming conference ‘Fears and Angers: Historical and Contemporary Perspectives’ where an interdisciplinary group of scholars will get to grips with fear and anger. This post is by Charlotte-Rose Millar, a Postdoctoral Fellow in the Institute for Advanced Studies in the Humanities at the University of Queensland and an Associate Investigator with the ARC Centre of Excellence for the History of Emotions (1100-1800). Her book Witchcraft, The Devil and Emotions in Early Modern England is forthcoming with Routledge in 2017​.

This post was originally published on the Inner Lives project blog.

In 1781, Henry Fuseli painted his now-famous depiction of The Nightmare. The painting (above) depicts a woman lying on her back in bed. She appears asleep or in a deep trance, her eyes are closed, she is wearing a figure-hugging robe, and her hair falls sensually off the bed. On her chest sits a demon, a horrid, blackened creature that gazes unsettlingly at the viewer. A mare peeking through the curtains reinforces that the experience on display is the nightmare: an encounter believed to be caused by a demon or, in some cases, a witch, sitting on the chest.

Descriptions and depictions of the nightmare existed long before Fuseli’s painting and continue to resonate today. But what exactly is the ‘nightmare’? When described in these terms, the experience takes on a completely different meaning than that of a bad dream or disturbed sleep. Rather, ‘the nightmare’ refers to a specific episode, one defined by waking with the feeling of something heavy on the chest and being unable to move. Those suffering from a nightmare encounter were likely to experience: a feeling of pressure or weight, often on the chest; a feeling of a presence; a sense of being fully awake but to appear sleeping to others; keen awareness of physical surroundings; paralysis or very limited mobility; fear, often terror; psychic, visual, or aural hallucinations; and fear of death. The nightmare was also most likely to occur when the victim was sleeping in the supine position, that is, on their back: a point reinforced in Fuseli’s representation. These experiences have been described as the ‘dark other’ of the dream, one that provides insights into our inner selves.

One extremely common way of understanding the nightmare in the early modern world was to attribute it to the Devil or to witchcraft; indeed, I first became interested in these nocturnal ordeals while researching seventeenth-century English witchcraft pamphlets. For some the nightmare represented a sexualised demon such as an incubus or succubus, for others, the hallucinations caused by the nightmare reinforced their belief that they were being tormented by a neighbourhood witch. But nightmare encounters were not confined to the early modern period. Fascinatingly, historians, anthropologists, and psychologists have found accounts of the nightmare over almost 2,000 years of human history, with cases from the classical world right up until the present day. These findings have led many historians to label the nightmare as a form of sleep paralysis, a biological condition that appears to have the same, or extremely similar, symptoms to those of the early modern nightmare. This finding has allowed the nightmare to be labelled a ‘pan-human’ phenomenon, one that –  transcending time and space – can provide insight into changing cultural fears.

In both early modern and modern nightmare experiences, fear appears to be an essential component. One eighteenth-century sufferer, whose torment was reported in John Bond’s 1753 An Essay on the Incubus, or Nightmare, was ‘so much afraid of [the nightmare’s] intolerable insults’ that he slept all night in a chair, ‘rather than give [the nightmare] an opportunity of attacking [him] in an horizontal position’. Another victim ‘imagin’d the Devil came to his bedside, seiz’d him by the Throat, and endeavour’d to choak him. Next day he observ’d the black impressions of his hard Fingers on his Neck’. As a result of these encounters, this man made his servant watch over him at night so that he would wake him and thus ‘rescue him from the Paws of Satan’. The dread in these descriptions is palpable and, in both cases, the sufferers imagine the nightmare as a tangible beast that can hurt them and, in turn, be physically warded off.

In these early encounters, the biological fear that is part of the nightmare encounter became representative of the greater anxiety caused by belief in the Devil’s presence. Today, sufferers of the nightmare, or sleep paralysis, are less likely to assume the appearance of Satan, although this is not unheard of. Instead, many modern day sufferers fear alien abduction; a fear that perhaps has more relevance than the demonic in the modern world. Others have more mundane fears: one Canadian sufferer, interviewed in 1973, claimed that ‘those TV chipmunks’ had ‘hagged’ him in the night, a word used to describe nightmare encounters.

So what does this mean for how we interpret supernatural phenomena or access inner lives? Does it help? Or is it all a fascinating yet essentially unhelpful distraction? It’s clear that nightmare encounters allow us an insight into inner lives; through the hallucinations associated with these phenomena in particular we’re given vivid insight into people’s darkest fears (whether these be devils, aliens, or the suddenly suspect Chip ‘n’ Dale). The biological roots of the nightmare also help us to understand supernatural belief. In cases where men and women claimed they were ridden in the night by a neighbourhood witch who crushed them and left them unable to move, it may very well be the case that the afflicted did indeed hallucinate the appearance of the person they suspected of witchcraft. Thus, the nightmare would act to confirm suspicion and, also, to invoke terror. Through exploring cases where men and women experienced a ‘nightmare’ encounter we gain insight into the very real fear that men and women felt towards certain people, phenomena, or beings and, in turn, learn how these phenomena were believed to act in the world. Through its unique symptoms, the nightmare allows a genuine glimpse into how a biological phenomenon can be culturally constructed and, in turn, allow insights into inner lives.