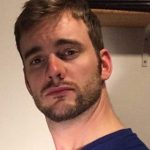 Dr Christopher Milnes is an early career scholar and history tutor based in London.  His book ‘A History of Euphoria: The Perception and Misperception of Health and Well-Being’ was published with Routledge in January 2019.

The history of euphoria reflects a great deal about the human experience.  This is a word that has belonged both to health and to sickness and which has emerged at times of both sadness and joy.  It is also part of the history of ignorance and knowledge.  What I particularly like about euphoria, however, is its breadth of meanings as well as its capacity to sometimes mean nothing very much at all – or, at least, nothing that probably does not already have a much better, more widely known name perfectly suited to it.

In Ancient Greece, to perceive the quality of euphoros (εὔφορος) in a person or a thing was to recognise the ability of that person or that thing to bear or carry something well.  The root euphoros and the words that came from it combined the Greek for ‘well’ and ‘bearing’ – eu (εύ) and pherein (φέρω).  This ability to bear or carry well could be understood in a literal or a more abstract sense.  People who danced beautifully might be thought to carry the different parts of their bodies well.  Ships that safely carried their cargoes could also be judged in this way.  Things easy to carry or wear or manageable and light, qualities of richness and manliness, a ready tongue, an ease of ability.  Abundantly fertile animals and plants.  All could have euphoros.[i]

Had it not been for the emergence of Neo-Latin in the early modern period, it is unlikely euphoros words would have entered most European vernacular languages.  Indeed, at first there was apparently little use for them.  English translations of the New Testament (originally in Greek) transformed the euphoreo of the rich fool’s fertile fields into variations on ‘brought forth plentifully’ – following the preference of earlier Latin translators for a wholly different phrase (in the Latin, uberes fructus ager adtulit).  Still, euphoros – or, rather, one of its relatives – seems to have eventually captured the attention of learned European physicians, some of whom would have read the now more widely available Greek medical texts such as the Hippocratic De fracturis, in which euphoria describes patients’ abilities to recover from their injuries:

Modes of treatment and peculiarity of constitution make a great difference as to the capability of enduring such an injury. And it makes a great difference if the bones of the arm and of the thigh protrude to the inside; for there are many and important vessels situated there…[ii]  [my italics – indicating the translation of euphoria]

When reading documents such as these, early modern European physicians would have sometimes wondered if euphoria might not be handy as a term in itself.  Whether this has ever actually been the case is debatable.  Certainly, since its first discernible emergence in the English language in the seventeenth century, euphoria (or ‘euphory’) has been so little understood it has frequently required some form of accompanying definition.  For instance, in 1684 readers of the English translation of Genevan physician Théophile Bonet (1620-1689)’s Mercurius Compitalitius were advised that ‘the most certain rule for the quantity [of mineral waters] is the Euphory, or well bearing, when the Stomach dispenses well with it…’ (Bonet 1684, 674).  I am sometimes left wondering why people bothered with this word at all.  Indeed, some writers have even occasionally expressed a degree of irritation at their contemporaries’ employment of such an unnecessary term.  The British Medical Journal complained in 1905, for example, that: ‘a Paris professor not long ago informed his hearers that ‘the cessation of the hyperthermia determines a remarkable euphoria’; would he have been less enlightening if he had said that when the fever abated the patient felt much better?’ (Style in Medical Writings 1905, 1342).

Physicians and indeed laymen did not commonly employ this word prior to the twentieth century.  Nevertheless, where it does emerge in texts from the seventeenth, eighteenth and nineteenth centuries, euphoria usually names the experience or observation of improving or recovering health, and/or of everyday health and/or of perfect health.  Here, qualities thought to belong to health – such as pleasure, strength and ease– were perceived, named euphoria and held up an indication that health was indeed to some degree present in the patient.  Euphoria could be a feeling of health but it might also be less of a feeling and more an observable healthy action or behaviour: Bonet’s Mercurius Compitalitius appears to describe not a feeling but a state of good urination following the efficacious imbibing of mineral water.

The various meanings of euphoria across the centuries remind me of how much meaning can be shaped by context.  They also reflect what appears to be a fairly consistent desire to believe that health is a perceptible truth, and that the presence of health in both self and others is something that can sometimes be perceived with confidence.  Euphoria in European medical history is part of what appears to be an abiding wish – and one that probably extends far beyond the history of this word – to occasionally tell oneself that there is no longer any need to worry.  Everything, for the time being, is okay.  Health is here.  For most people, a simple statement such as ‘I am well’ or ‘he is a little better’ has been sufficient.  But for roughly three hundred years ‘euphoria’ was sometimes an option for European physicians who liked that sort of thing.  It was probably unique in most European languages for this ability to combine – in a single word – the cherished idea of people confidently perceiving health in their bodies or the bodies of other people.

Over the course of the nineteenth century, euphoria also began to name sickly experiences of health and wellbeing – largely in the fields of psychiatric and pharmacological research, and probably at first in German-speaking countries (Euphorie).  This sickly euphoria could sometimes be thought of as a more overwhelming experience than healthy euphoria – but not always.  The French physician Charles Féré (1852-1907) used euphorie to describe sickly experiences of varying strengths, from the intensely felt ‘euphoric crises’ of epileptics to the ‘general sensation of euphoria, of general well-being’ he claimed could sometimes be found in hysterics (Féré 1892, 190, 306).[iii]  The idea that sick people could misperceive their own degree of health was hardly new (although how much it was acknowledged in the past, or indeed in the present day, is difficult to know).  Neither was the conviction of the ‘experts’ that such misperceptions could almost always be distinguished from the ‘true’ perception of health by a sane, intelligent observer.  Euphoria became part of this history.  An identification of euphoria – even when it named a health delusion – continued to reflect the supreme confidence of the person making the identification.  There was little room for ambiguity.

Euphoria remains a medical term in the present day.  Now, it is probably a little more common for the people who use this word to question its meanings and, consequently, its value as a medical term.  In the treatment of multiple sclerosis it is sometimes pointed out that the way in which practitioners define ‘euphoria’ can significantly change the extent to which the emotions and behaviours of sufferers are pathologized and framed as an aspect of the condition.  In wider western culture, the meaning and value of this word is rarely questioned.  Here, euphoria can mean any number of things.  Often, however, euphoria now gives a name to shared hubristic enthusiasm.  ‘But this euphoria was not to last’ has become something of a ubiquitous tautology.  And still it is sometimes possible to sense the judgemental gaze, sifting false from true, and telling itself: ‘I know real health and wellbeing – and that isn’t it.’

[i] See Liddell 1940 for the meanings of euphoros

[ii] For the Greek see Littré 1973.  For an English translation, see Adams 1868.  The numbering system differs in each book.