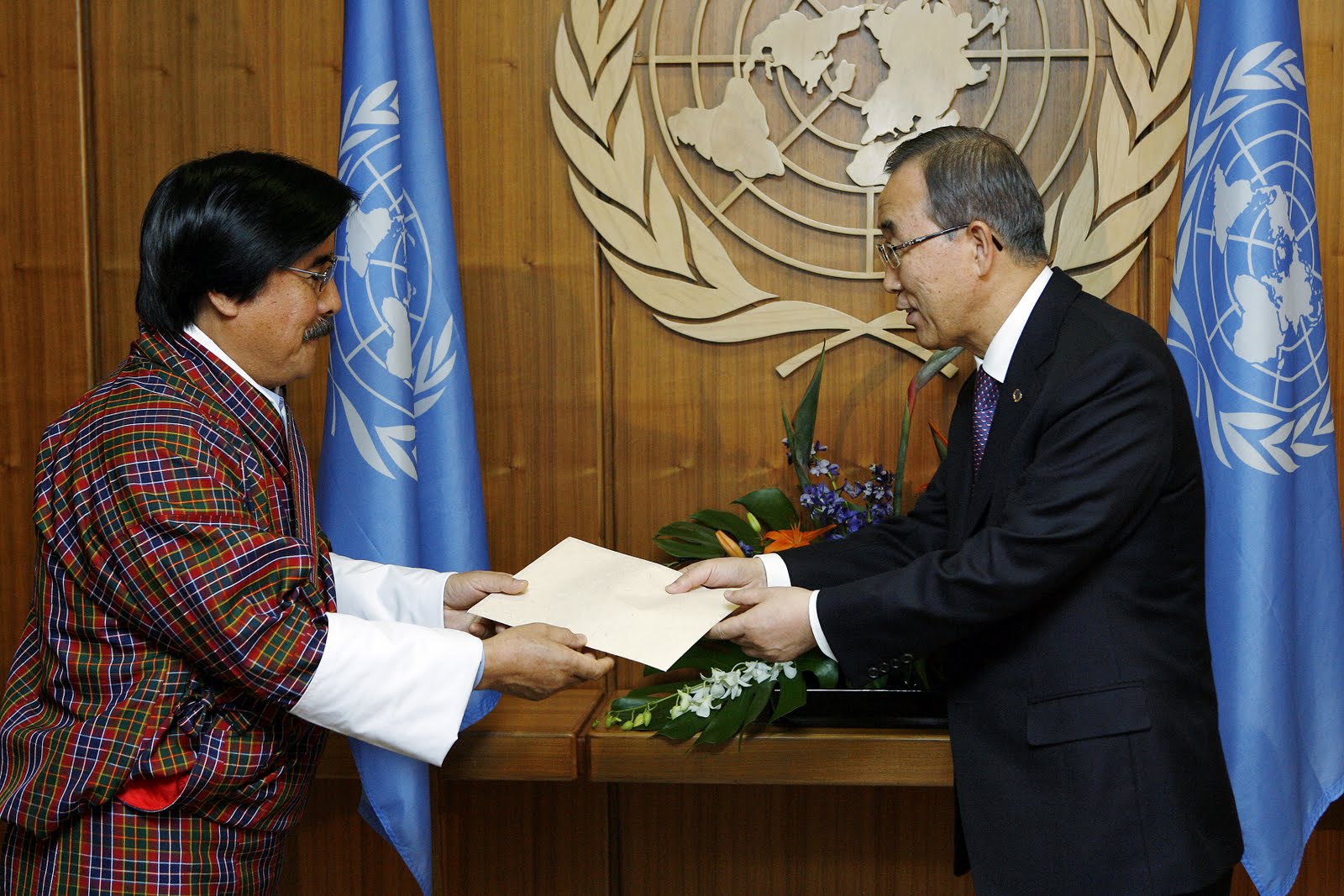 The UN Happiness Conference last week looks to have been a fascinating event. The Prime Minister of Bhutan sent me a giant Willy Wonka-esque invitation, for which I’m grateful, but wouldn’t pay my air-fare, for which I’m lingeringly resentful (not really). Anyway, I didn’t go, but have spent this morning reading through some of the material that came out of it.

The main event was the publication of The World Happiness Report, edited by Jeffrey Sachs, Richard Layard and John Helliwell. Interesting that Sachs, once a champion of ‘shock therapy’ and the neo-liberal Washington Consensus, should have climbed on-board the happy train.

In fact, Sachs seems to be making a bid to be the train-driver – he wrote the intro to the report, which seems odd, seeing as he’s a recent convert to well-being economics, while Layard has been banging on about it for over a decade. Anyway, Sachs (who says he’s an Aristotelian) has clearly reigned in Layard’s ultra-utilitarianism. There are five or so references to Aristotle and the Stoics in the report, many more to the Buddha, and not one to Layard’s beloved Jeremy Bentham. Sachs opines loftily in the introduction that western economists’ pursuit of GDP is “completely at variance with the wisdom of the sages”. Oh really Jeff? Do we need shock cognitive therapy?

Despite Sachs’ attempt to put himself forward as the global guru of love, the conference really marks another huge success for Richard Layard, who to my mind is by far the most influential British intellectual today – partly because of his success in British mental health policy and the spread of CBT, but also because of the global influence of the happiness agenda he has pushed.

Although there are many aspects of Layard’s agenda that I welcome (its support for CBT in particular) I remain wary of the agenda because I think utilitarianism and positivism can be too monist and authoritarian: they force an entire country to follow one particular philosophy of the good life, which they insist is ‘scientific fact’. That’s what John Stuart Mill warned in On Liberty, where he spoke of the danger of a ‘tyranny of the majority’, and insisted we need to encourage diversity, experimentation, non-conformity, and the right of people to pursue their own good in their own way. Layard, I suspect, would see all that as rank individualism.

The happiness movement often seems a bit bullying to me: the happy / extrovert / optimistic majority telling the introvert / pessimistic minority to get with the programme…or else! Like Tali Sharot, author of The Optimism Bias, saying that the 25% of the population who aren’t naturally optimistic are, basically, sick. Look, for example, at this cartoon, The Pig of Happiness, made by David Cameron’s former room-mate after he had a breakdown (no, really). Notice in the video how the entire farm converts to the pig’s vision of happiness. It’s the utilitarian version of Animal Farm.

The warning about too monist an approach to well-being was made well by Martin Seligman, father of Positive Psychology, in his little presentation at the UN conference. He writes that his own well-being theory is plural: he puts forward five different definitions of well-being (he calls it PERMA: Positive emotion, Engagement, Relationships, Meaningfulness, Achievement), and adds: “This plurality of well-being is why economist Richard Layard’s important argument that “happiness” is the final common path and the gold standard measure for all policy decisions does not work.”

I welcome Seligman’s more pluralist approach to well-being. But I disagree with him that meaningful happiness, achievement, engagement etc can be objectively and scientifically measured using simple automated questionnaires, as he thinks it can. What the Greeks called eudaimonia is quite a subtle concept – it takes a lifetime to think about it and learn to practice it in one’s life. If you think that governments can easily measure it using computer questionnaires, then you’re opening the door to a quite intrusive, bureaucratic and coercive politics of well-being, which forces people to fit into boxes rather than encouraging them to think for themselves.

Look at the example of Bhutan, the host of the UN Happiness Project conference. Bhutan has, since the 1970s, measured Gross National Happiness (GNH). A paper in the World Happiness Report from the Centre for Bhutan Studies explains to us how Bhutan has defined and measured GNH.

This is obviously problematic. Firstly, there’s the practical question of whether you can accurately measure a person’s genuine level of spiritual attainment simply by asking them how spiritual they are (the same problem applies to measuring the meaningfulness of their life by asking them how meaningful it is). Such a measurement rewards the smug and complacent – how would Socrates score on such a questionnaire?

Around one eighth of the population, the Nepalese ethnic minority, failed to speak the mother tongue fluently and failed to follow the Way of Harmony, and they were forced into refugee camps in the 1970s and 1980s – many of them are still there. That’s a clear example of how utilitarianism can lead to a tyranny of the majority, as John Stuart Mill warned.

And before we declare that ‘we’d all be happier in Bhutan’, as the Guardian did rather exuberantly, let’s remember that only a third of Bhutan’s population has had even six years of schooling. This is a rural, semi-educated, semi-literate monoculture (well, it is now the ethnic minority has been kicked out). You will never get an entire western, liberal, educated country to sign up to one philosophy of well-being – not without using the army anyway.

We need a more pluralist approach to well-being, one that balances the science of well-being with the philosophy of well-being, which recognises it’s not enough simply to have ‘meaning’ in your life – the question is whether the meaning you have is worthwhile. It’s not enough to have relationships – are they good relationships? It’s not enough to have ‘engagement’ – is it worthwhile engagement? This is what philosophy can teach us – how to exercise the practical reasoning to arrive at appropriate ethical life-decisions.

I’ve been reading the Pragmatist philosophers this week – John Dewey, William James, Charles Sanders Pierce and others – and they really understood the need to find the right balance between experimental psychology and ethical philosophy (or practical reasoning, done alone and especially in groups or ‘communities of inquiry’). Dewey wrote:

A moral situation is one in which judgment and choice are required antecedently to overt action. The practical meaning of the situation–that is to say the action needed to satisfy it–is not self-evident. It has to be searched for. There are conflicting desires and alternative apparent goods. What is needed is to find the right course of action, the right good. Hence, inquiry is exacted: observation of the detailed make-up of the situation; analysis into its diverse factors.

Matthew Lipman, the father of Philosophy for Children (P4C), wrote:

it was Dewey who, in modern times, foresaw that education had to be defined as the fostering of thinking rather than as the transmission of knowledge… reasoning is sharpened and perfected by disciplined discussion as by nothing else and that reasoning skills are essential for successful reading and writing; and that the alternative to indoctrinating students with values is to help them reflect effectively on the values that are constantly being urged on them.

That’s why I think Positive Psychology, and the ‘happiness agenda’ in general, really needs more philosophy in it. Well-being can’t be ‘transmitted’. It has to be reasoned towards.

I honestly think the evidence-based science of well-being from CBT and Positive Psychology can be balanced with more practical / communal reasoning in the model of Dewey and Lipman. That’s what I argue in my book (out in less than a month!) As a great example, here is a new course from Yale’s Open University, which combines ancient philosophy with insights from cognitive and positive psychology.

I’d love to see this kind of course freely available for all undergraduates (in fact, we just pitched for pilot funding to do that at Queen Mary).

2 thoughts on “Bhutan’s well-being measurements (or ‘how Buddhist are you?’)”