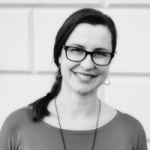 This is a guest post by Dr. Aleksondra Hultquist who is a Lecturer at Stockton University and an Honorary Researcher for the ARC Centre of Excellence for the History of Emotions.  She has worked as an Assistant Professor in the United States and a Lecturer in Australia.  Her scholarship focuses on the literature and culture of the long eighteenth-century, especially women writers, and she has published articles in Philological Quarterly, The Eighteenth-Century Theory and Interpretation, and several edited collections.  She is a Managing Editor of ABO: Interactive Journal for Women and the Arts 1640-1830 and is currently finishing her monograph, The Amatory Mode.

What does emotion look like in literature?  How does one “close read” emotion in a play, a poem, or a work of prose?  My current project, The Amatory Mode, considers these questions in terms of the emotional journey that fictional characters undergo in a lesser-known genre of early prose called amatory fiction.  These tales, written by British women between 1680 and 1750, detail illegitimate love affairs gone wrong and have been derided for their excessive use of emotion words, physical descriptions of desire, and overblown dramatic scenes of love lost.  Since the 1950s, the aesthetic of fiction has been valued by its connection to realism, the presence of “round” characters, the values of a rising middle class, and the triumph of reason over feeling.  These values were developed based on fiction written by male authors after the 1740s and are often read backwards to evaluate all prose genres prior to this definitive year; thus amatory fiction is aesthetically unpleasing; these texts fail.  But the eighteenth-century, especially the latter half, was a time of feeling.  Sentimental novels and plays were popular and connected heightened emotional sensitivity to moral standards—if one felt genuinely, one was a genuinely upstanding character.  Because of this tendency, amatory fiction is a natural place to look for the beginnings of the eighteenth century’s preoccupations with states of feeling, as Stephen Ahern has previously argued.  The long eighteenth century in Britain was simultaneously an Age of Reason and an Age of the Passions.

In the eighteenth-century, the passions were a system of response to stimuli, and those responses manifested in a variety of literary forms.  Much like the current term “psychology,” the passions explained why a person reacted the way that s/he did in a range of overlapping categories: political, corporeal, spiritual, intellectual, aesthetic, and emotional.  Passions included concepts such as love, anger, and melancholy, but other passions included curiosity, revenge, or avarice, ideas that post-twentieth century subjects do not label as emotions.  While some twentieth-century critics read amatory fiction as formally distasteful (John J. Richetti) or begrudgingly influential (William B. Warner) and others have read the genre as politically relevant to the fall of the Stuart line (Ros Ballaster and Toni Bowers), increasingly scholars are reading amatory fiction as a sophisticated dialogue about the experience of feeling.  Kathryn R. King and Earla Wilputte have argued that, in the 1720s, extreme emotional expression of feeling was a sophisticated literary exploration of heightened emotional states, and that contemporary audiences recognized this complexity.  My work extends these scholars’ ideas to argue that the exploration of the passions occurred throughout eighteenth-century literature. 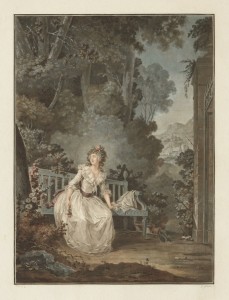 Rather than thinking in terms of a sub-genre of fiction, then, it makes sense to think of these texts as a central example of what I call the amatory mode.  Many of the authors of amatory fiction—Aphra Behn, Delariver Manley, and Eliza Haywood, to name the original core of writers who carried this nomenclature—were also poets, dramatists, political propagandists, and journalists.  To understand how emotion works in the late-seventeenth and early-eighteenth centuries, it is logical to look for emotional structures throughout these women’s oeuvres.  The amatory mode, then, is recognizable across genres and explains how emotional investigation and expression occurred in written form.  The amatory mode describes the technique of a piece, not through generic expectations, authors, or received notions of aesthetic values, but in terms of how emotional experience is articulated and processed.  A mode is a manner in which something is experienced or occurs, a method, style, approach, technique, or practice of expression.  A satiric mode, for instance, signals that the important part about satire is not its particular genre (verse, prose) or even necessarily its particular literariness, but its ability to accomplish the task of paradoxical instruction.  Similarly, the amatory mode signals a method and style of delineating complex emotional states of being through the specific case of the passion of love.  This spectrum includes a variety of passions that are set off by the passion of love, including passions such as curiosity, jealousy, and revenge.  When considered in this light, the amatory moves beyond preoccupations with heaving breasts and thin silk shifts in gardens at night. Instead, such scenes become emblematic of the ways in which humans wrestle with and understand emotional growth.  As delightful (or as excruciating) as such episodes may be, their importance lies in sustained repetition of the process of passionate experience and the emotional lessons of love.  The amatory mode, then, is a technique for evaluating emotional articulation in literature across many genres and authors. There are amatory scenes in plays, amatory techniques in poems, and amatory authors other than marginalized women; there is an amatory Pope, an amatory Richardson, an amatory Goldsmith, an amatory Austen.

My hope is that my work acts as a starting point for other scholars who are interested in negotiating emotion in literature as a way to augment conversations of form and aesthetics.  I argue that fiction can be valued for its realism, round characters, and dedication to reason, as well as through extreme emotional expression and the lessons that can be learned from giving way to the passions.  I believe that this way of thinking about organizational method will open many new avenues to both marginalized and canonical authors and works.

King, Kathryn R. “New Contexts for Early Novels by Women: The Case of Eliza Haywood, Aaron Hill, and the Hillarians, 1719-1725.” A Companion to the Eighteenth-Century English Novel and Culture.  Edited by Paula R. Backscheider and Catherine Ingrassia.  Malden, MA: Blackwell, 2005.