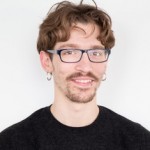 This is a guest post by Chris Millard. Chris is a Wellcome Trust-funded postdoctoral researcher with interests in the histories of psychological categories, the welfare state, the emotions and the idea of ‘parity of esteem for mental heath’. His book, A History of Self-Harm in Britain, was published (open access) by Palgrave Macmillan in 2015. Chris’s previous post about parity of esteem for mental health is available on this blog.

This post is part of a series we’ll be posting this week for Mental Health Awareness Week. In 2015 the Centre for the History of the Emotions was awarded a grant of £1.6m by the Wellcome Trust for a five-year inter-disciplinary research project entitled ‘Living With Feeling: Emotional Health in History, Philosophy, and Experience’. The project, one of the first to receive a Wellcome Trust Humanities and Social Science Collaborative Award, will connect the history and philosophy of medicine and emotions with contemporary science, medical practice, phenomenology, and public policy, exploring the many varied and overlapping meanings of emotional health, past and present. You can find out more on the project website.

“Parity of Esteem” is in the news again. On Monday (9th May), NHS Providers and the Healthcare Financial Management Association revealed that only half of mental health trusts that they surveyed had received a ‘real-terms increase’ in funding, even though the overall budget for clinical commissioning groups (CCGs) rose 3.4% this year.[1] Barely a week goes by without another story about ‘parity of esteem’ targets being missed, warnings about them not being met,[2] or detailing policies that have an indirect effect that undercuts parity between mental and physical health.[3]

In 2014 it was announced that mental health therapies would be subject to the same waiting time targets as physical ailments.[4] This was quite rightly touted as a great step forward by mental health campaigners and charities.[5] These targets were supposed to come into force at the beginning of May. However, the Department of Health has yet to work out how much this will cost, and it is known that the majority of the cost for implementing these new standards will have to be met out of existing budgets.[6]

This has a familiar ring to it. (This could be my cue to go on another rant about the new junior doctors’ contract, and how an increase in service is supposed to be achieved with no extra money and a cap on locum expenditure.) However, I’m wary of going on an impassioned rant outside my specific area of expertise. My area is the history of mental health and psychiatry, especially the history of psychiatry and mental health within the National Health Service. The ‘familiar ring’ this story has for me is one of a more historical nature.

In 1959, a Mental Health Act was passed [pdf],[7] based upon the Report of the Royal Commission on the Law Relating to Mental Illness and Mental Deficiency (the Percy Commission).[8] In this report it was claimed that ‘most people are coming to regard mental illness and disability in much the same way as physical illness and disability’. The Mental Health Act 1959 had at its heart this commitment to treat mental any physical health in equivalent ways. Part of this involved the running down of the nineteenth-century system of remote psychiatric hospitals (‘lunatic asylums’), and prioritizing caring for people in the community.[9] The catch was that no new money was to be provided. It was to be up to each locality to fund these services. So we get a big, progressive statement about the value of mental health provision, and how it must be taken seriously. Even better for Harold Macmillan’s government of the late 1950s, ‘taking it seriously’ meant reducing expenditure on very costly psychiatric hospitals. This money was then not channeled into new ‘community’ provision.

One of the things I remember most clearly from working in Parliament for three months (in 2014), writing a briefing on Parity of Esteem for mental health,[10] was how enthusiastic everybody was about ‘parity of esteem’. Mention money, and those who might have been able to pledge it started backing slowly out of the room with murmurs of ‘we’ll see what we can do…’. One of the reasons that ‘parity of esteem’ has such broad appeal is that ‘esteem’ costs nothing, is not easily measured, and can thus be easily shunted to the bottom of the priority list.

History is important here. Articles talk about the ‘historic underfunding of mental health services’[11] or ‘decades of underinvestment’[12] yet there is little sense of what that history is specifically. Critical history is necessary in order to find out more about that history, what it means, and the rationales (both explicit and unspoken) by which mental health has been downgraded, marginalized and underfunded, whilst at the same time being front and centre in a field of unfunded pledges and cost-free grand gestures.