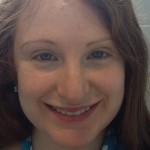 This is a guest post by Merrilees Roberts and the second in this week’s ‘Romantic Voices’ series. Merrilees is a second year PhD Student in English at Queen Mary. Her thesis explores ‘Reticence in the Poetry of Percy Shelley’ and develops a phenomenological approach to reading Shelley’s verse which shows how that which is unspoken, withheld, or made to speak in a register other than the discursive is a key tactic in Shelley’s poetics. Merrilees will be giving a paper based on the material discussed in this blog post at the British Association for Romantic Studies’ conference taking place 22-23 June in Oxford.

Shame is both an interruption and a further impediment to communication, which is itself communicated. When one hangs one’s head or drops one’s eyelids or averts one’s gaze, one has communicated one’s shame and both the face and the self unwittingly become more visible, to the self and others.[1] 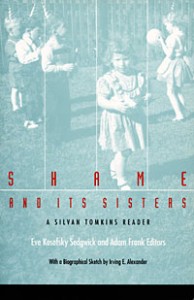 Shame, described in this way, has been considered by many to be the central affect of ‘self’ psychology because of its unique propensity to induce self-consciousness. Shame provides its subject with a self-reflexive glimpse of how the ‘self’, as Tomkins conceives it, is constructed by a combination of external triggers that produce involuntary autonomic responses and the interpretation of such response. As Adam Frank and Eve Sedgwick imply in their introduction to Shame and its Sisters, an edited collection of Tomkins’ work, understanding shame as an affect provides ways of identifying the presence of a self or subjectivity in literary texts. This is because shame has a unique relationship to a kind of rhetoric that uses reticence and ambiguity to limn subjectivity. Even where such rhetoric seems to resist direct expression, aspects of the self may still be revealed and communicated despite this withdrawal, and not just because shame cathects the values we believe we have denigrated or transgressed, which is how shame is often accounted for in moral philosophy. Shame-as-affect creates a kind of cross-section of how selfhood is shaped by moments of reflexivity that also seem to force an experience of inter-subjectivity.

This is perhaps not a new concept. The nineteenth-century philosopher Hegel wrote in his ‘Early Theological Writings’ that shame induces the feeling that we are reserving our innermost selves from complete loving union with another. Though he sees this as undesirable he also perceives that it is the very awareness of the impending risk of self-absorption inherent in shame that makes us yearn for reconciliation: love demands we are ashamed of shame:

There is a sort of antagonism between complete surrender or the only possible cancellation of opposition (i.e., its cancellation in complete union) and a still subsisting independence. Union feels the latter as a hindrance; love is indignant if part of the individual is severed and held back as a private property. This raging of love against [exclusive] individuality is shame.[2]

In being a gatekeeper for the self, shame can be both a destructive assertion of autonomy and a means of opening up the self to being shaped by others. It is this kind of self-reflexive, but also inter-subjective affective energy that I suggest modern affect theory can open up for literary studies. I also propose that it is the same kind of feeling that interiority is made excessively visible in moments of awkward inter-personal exchange which Brian Massumi, another central figure in affect theory, draws upon when he conceives affect as what is “left over” from the socio-linguistic designations of behaviour we call ‘emotions’. 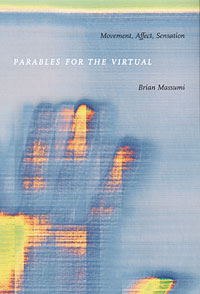 Massumi’s affects create gaps between the content and the effect of an emotional stimulus. Because such gaps create the space for a text to make connections at a meta-level between expected responses to narrative or plot that are ‘normally indexed as separate’, Massumi believes affect can illuminate such apparent contradictions as why, for example, tragedies can induce pleasure.[3] Affects challenge narrative consistency (of the self, as well as of a text) without completely re-routing it, and this also has rich potential for interpreting texts which use reticence to intimate interiority. Massumi’s ideas provide ways of thinking about how multiple interpretive explanations for such complex rhetoric might arise and then in some measure be savoured by the reader at an intuitive level before a more obvious sense of narrative continuity reasserts itself. Massumi’s model of affect also challenges the ‘Romantic Expressivist’ concept of poetic voice associated with the work of M. H. Abrams and Charles Taylor. Romantic Expressivism theorises a nineteenth century aesthetic which created its own criteria for authenticity by giving free reign to personal expressions of feeling which supposedly manifest the vibrancy of Nature itself. Implicit in this idea is that a poetic ‘voice’ can channel and unify great emotional and spiritual depths, which are themselves multiple and various, drawn from an organic combination of Natural forces and the human capacity for self-determination. But Massumi’s affects reverse the direction of this flow, demonstrating instead that a singular poetic or narrative voice can be disrupted by the emergence of readerly affective experience which creates multiple interpretive currents, and inter-subjective perspectives on the self, that are triggered (as Tomkins might say) by the text’s style and conceptual structure.

Both Tomkins’ and Massumi’s theories have potential use in the study of narratology and hermeneutics as they are fundamentally interested in how knowing and feeling might be internally differentiated by the subject of emotional experience, as well as how this question is itself mediated by interpretive acts (both voluntary and involuntary). In describing these theories I have briefly sketched some ideas for how the process of reading and interpreting texts might have therapeutic and philosophical purchase on feelings that, discomfortingly, seem unaccounted for by both our current beliefs about ‘emotions’ and by linguistic expression per se. Considering affect as a residual emotive presence which literary texts both incite and contain can reveal specific ways in which writing can be as a process of self-construction; ways which demonstrate the limits of the idea of a ‘core’ or essential self or voice.