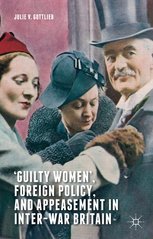 Dr Julie V. Gottlieb is Reader in Modern History at the University of Sheffield, and the author of ‘Guilty Women’, Foreign Policy, and Appeasement in Inter-War Britain (Palgrave Macmillan, 2015).

In this post, originally published on the University of Sheffield’s ‘History Matters’ blog, Julie reflects on some of the emotional dimensions of Brexit, suggesting parallels with the Munich crisis of 1938.

The terms whirling around this referendum campaign have been that voting for Brexit is an act of immense self-harm and suicide. David Cameron himself had warned that leaving the EU would be an act of “economic self-harm”, and European Commission President Jean-Claude Juncker also said that Britain would be committing an act of “self-harm” if it voted out. Christopher Scheuermann wrote from London in Speigel that “Brexit is an act of deliberate self-mutilation”. 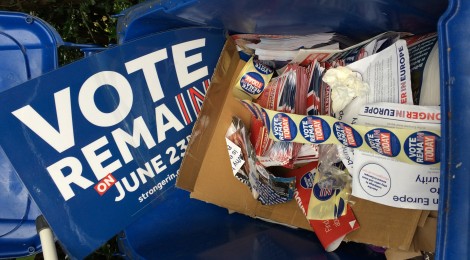 Earlier in June Labour leader Jeremy Corbyn was said to have written the “second longest suicide note in history” by throwing his weight behind the Stronger in Europe campaign, while the PM David Cameron fell on his sword after the results were announced. Distinguished historian Simon Schama has diagnosed the results as “an unnecessary act of self-harm”.

Churchill’s famous aphorism is being quoted in this context too: ‘The trouble with committing political suicide is that you live to regret it.’ This is a national crisis that has triggered a global one, but it has also caused many internal, emotional and psychic impasses. 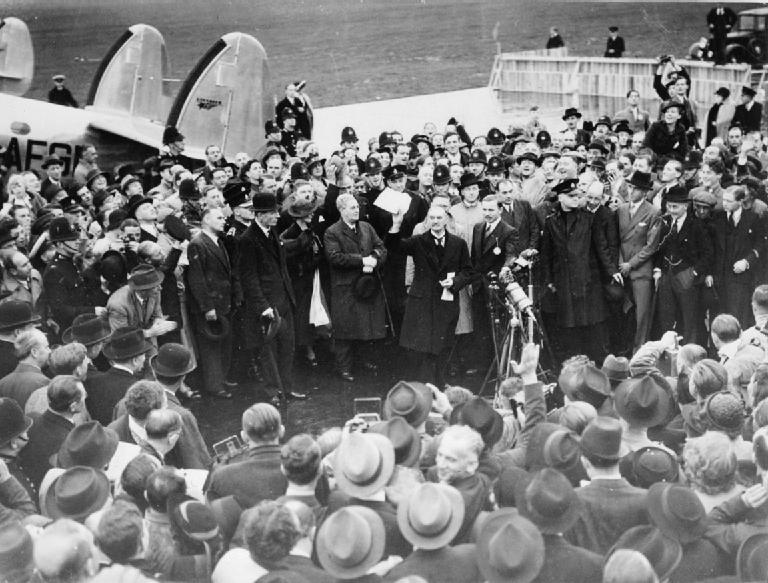 One day someone will have to write the emotional history of this Brexit crisis, and it may be helpful then to consider some illuminating comparisons. These past days I couldn’t help but being struck by the parallels between our present circumstances and the Munich Crisis of September 1938, an international crisis that had serious ramifications on the home front. Then as now national crisis was internalised. Then too a suicidal instinct, a death wish projected onto the nation as a whole, was seen to be driving national policy.

What seems abundantly clear is that immediate responses are far more emotional than rational. The current political usage of an expansive emotional vocabulary is not something we should be ashamed of. Metro reported that David Cameron wept after his resignation speech on Friday, aides revealed

It was very emotional. Everyone was crying—men and women, even the civil servants. And then David started crying.  [i]

The stiff upper lip (discussed elsewhere on the History of Emotions blog) is no longer, it would seem, an accurate hallmark of British national identity. How different Cameron is from so many of his predecessors at No.10 who exercised personal restraint and ‘emotional economy’. Yet it is worth taking a moment to consider that, relatively speaking, these public displays of emotion are signs of the time. There is not only a high level of tolerance but even an expectation of affective expression and performance, from men as well women in public life.

No doubt this is partly because the medium has changed and highly charged the message. From the early hours of 24 June, my own Facebook feed was inundated with visceral confessions – including my own – and the public airing of feelings and helpless desperation. So many of my Facebook friends were ‘depressed’, ‘gutted’, ‘in shock’, ‘devastated’, ‘feeling sick’, anxious or left numb by what Remainers could well come to call the ‘referenDUMB’. Most had been at best armchair activists during the campaign, but this was nonetheless a blow, a psychic trauma.

Is the British nation suffering from post-referendum depression? At least this is a plausible diagnosis for what many Remain voters are going through, as well as the vocal minority of ‘Brexit regretniks’.

While few of the demonised ‘experts’ seem to have predicted this result, historians and commentators could easily have predicted the historical analogies now being churned up: of appeasement, in the form of the Munich and Suez Crises; of humiliating miscalculation and backsliding at the highest ranks in government, citing Ramsay MacDonald, Neville Chamberlain, Anthony Eden as examples; of stab-in-the-back politics, the pandering to populism and the poisonous potential of referenda, such as the popularity of plebiscites in Nazi Germany. Charting these analogies is at once fascinating and frightening.

The Munich Agreement has been evoked time and time again as an object lesson in how negotiations with dictators should not be conducted. The reference to ‘Munich’ never portends well, and it has been used as a shorthand to charge unsteady leaders with vacillation or gullibility – or both – during the Suez Crisis, the Vietnam War, Blair’s wars, and most recently crises in Syria, the Crimea, and the international campaign against Daesh.

But what has been largely forgotten is that the Munich Crisis was also a ‘People’s Crisis’. At the grass roots, the high pitch of emotions felt as a consequence of these world events were expressed in 20,000 plus letters and telegrams sent to the Prime Minister – the Twitter feed of their day. Mass-Observation recorded the way the Crisis was experienced by the man and woman on the street. The public hysteria displayed by the many who held Neville Chamberlain up as a ‘Man of Peace’ and a saviour was counterbalanced by a politics of regret and deep shame (often experienced as physical and mental illness) at the betrayal of the Czechs and collusion with the Nazi regime.

Then as now, it felt like the nation was committing political suicide. And, somewhat inadvertently, the newspapers narrated how private individuals internalised these very public events by reporting a large number of suicides triggeerd by the political crisis and the war fear. Thus a railwayman’s suicide was “blamed on the European crisis”;a 61 year-old Bournemouth doctor killed himself as he had “been depressed since the crisis” and “his mind had been unbalanced owing to the possibility of war”; while a Cheltenham woman’s suicide was attributed to her “worry over the international situation”. The Munich Crisis even provided a new method for madness, and a number of suicides were committed with government-issued gas masks. [ii]

The Munich Crisis was the opening battle in the ‘war of nerves’, those long months of suspense and apprehension that proved to be the prelude to the Second World War. The ubiquitous sense of peril, or imminent catastrophe, was quite similar to what I have observed and felt myself over the last days.

Crisis, that overused word that we should really reserve for moments like this, is something that happens out there but also inside. Over the days and weeks to come there will be deep and distinct psychological and personal ramifications as this political, economic, and national identity crisis is internalised. So far the most visible symptoms of ‘post-partition depression’ are bewilderment and powerlessness, a strange state of affairs given that the voice of the people is thought to have spoken on 23 June, 2016.

Read more about Brexit on the History of Emotions blog.