To close Disgust Week, in which a group of scholars from a range of disciplines has explored different aspects of disgust, the Centre’s own Richard Firth-Godbehere critiques the two dogmas that are often assumed, and why these are important in a historical approach. 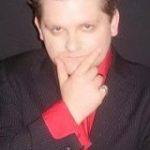 Richard Firth-Godbehere is a Wellcome Trust-funded doctoral candidate in the medical humanities. His thesis – ‘Understanding the Opposites of Desire and the Prehistory of Disgust, c.1604 – c.1755’ – explores how people tried to make varying sense of aversions as ‘the opposite of desire’ across a time of huge intellectual, political, religious, social, and cultural change, finally resulting in something akin to the modern notion of ‘disgust’. Twitter @AbominableHMan

During a re-read of the brilliant 1951 essay “The Two Dogmas of Empiricism” by Willard Van Orman Quine, it occurred to me that disgust has two of its own.1 I believe that it’s important to keep these in mind when investigating disgust in history, as they are so ingrained in culture, that they are often assumed. These are the Dogma of “Universal Disgust’ and the Dogma of “Dirt Means Disgust”. 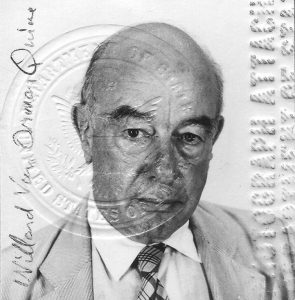 Just last year, I was sat with a non-English work colleague discussing my research. When I suggested that disgust was an emotion, she looked confused. To her, disgust was not an emotion at all, but a description of a bodily function, like hunger. Another non-English academic, Neuroscientist Jaak Panksepp, seems to agree with my colleague. Judith Toronchuk and George Ellis wrote a paper suggesting that Disgust should be one of his basic emotion systems. Panksepp asked ‘why not include hunger, thirst, fatigue and many other affective states of the body as emotions?’2 The notion that disgust is an emotion, basic or otherwise, seems to be lost in translation.

The problem appears to be one of language. Some might dismiss this as just semantics, but there is growing evidence of a deep interaction between emotions and the words we use for them.3

The German word Ekel regularly becomes ‘disgust’ in English translations, but the concepts, feelings, and actions associated with the two terms are different. Anna Wierzebicka pointed out that Ekel has no gag reflex, but is instead ‘an impulse to recoil’.4 She goes on to write that ‘German dictionaries usually describe Ekel as Abscheu or Abneigung, that is, something like “aversion” rather than “disgust.’ Other German works on Ekel have caused similar confusion. In Der Ekel, Aurel Kolnai appears to describe something very disgust-like as ‘the disapproval of some alien action with an additional intention towards oneself.’5 The English version of this work also translates Ekel as ‘disgust’. However, Kolnai believed that ‘somatic “nausea” could be entirely free of [Ekel]’. What Ekel is related to, he claimed, is an excess of that which reminds us of death: foodstuffs and the putrefied waste they turn into, strong smells, the excessively slimy, and even sex through its ability to produce ever more life, ready to begin its trajectory toward oblivion.6 In a later, English, work, Kolnai split the aversions he had formerly lumped together as ‘Ekel’ into fear, disgust and hatred. English disgust was, to him, ‘Avulsion, or Specific Aversion’; a recoiling or turning away.7 Similar conceptual differences apply to French equivalents such as Degoût, which from as far back as Descartes has incorporated the element of Ennui – a listless wearisomeness or boredom –   into its phenomenology.8 Even older English words, as demonstrated by Benedict Robinson earlier in the week, describe concepts that were different to modern disgust. 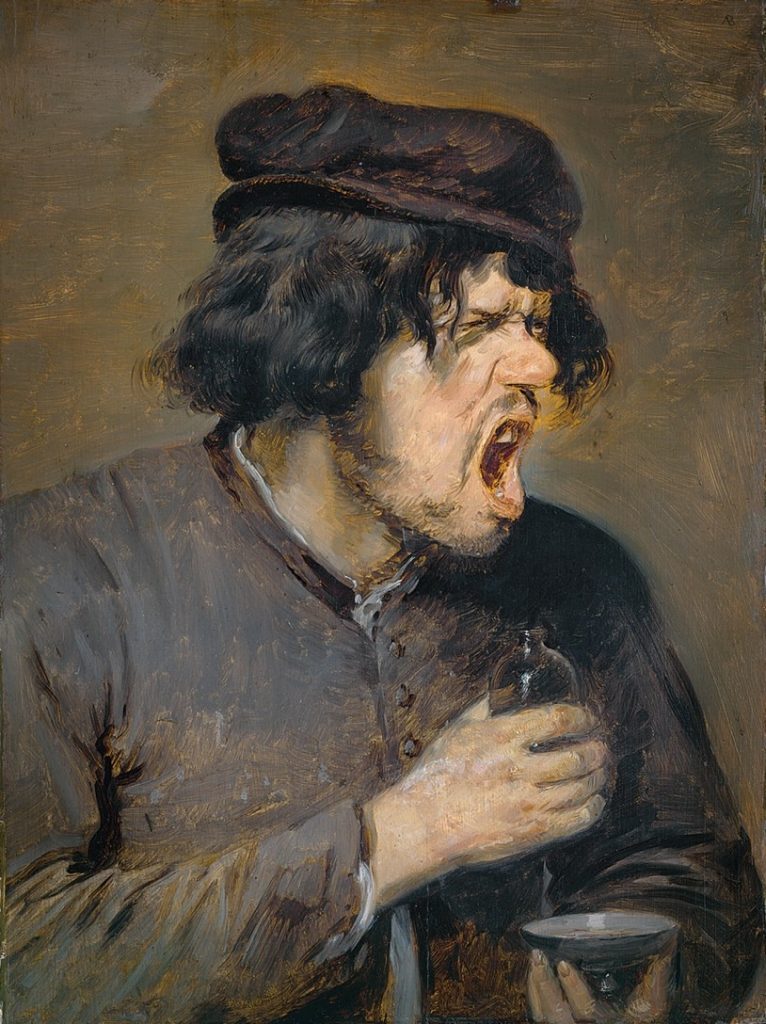 It may be that a sensation of revulsion is an evolved trait that is felt by all, and that all cultures have words that relate to that trait. However, it is not the case that this can always be understood through the lens of modern English disgust. The closest words other languages have to ‘disgust’ are conceptually different, often describing a near-alien sensation. Disgust, as we in the Anglocentric academic world understand it, may not be as universal or as clear cut as we like to think. This difference bleeds into the second dogma of disgust.

Uncleanliness, filth, excrement, dirt are clearly disgusting, aren’t they? The Pathogen Avoidance Theory (PAT) has been put forward as the evolutionary driver of disgust, and the Anterior Insular Cortex lights up like a Christmas tree when people see yucky images.9 Putting Coprophagia, Scatolia, Scatalogical humour, and those who revel in getting filthy, such as attendants at obstacle races, to one side for now, the problem is that it is easy to take the things that we find disgusting and assume that they caused disgust in other historical periods. 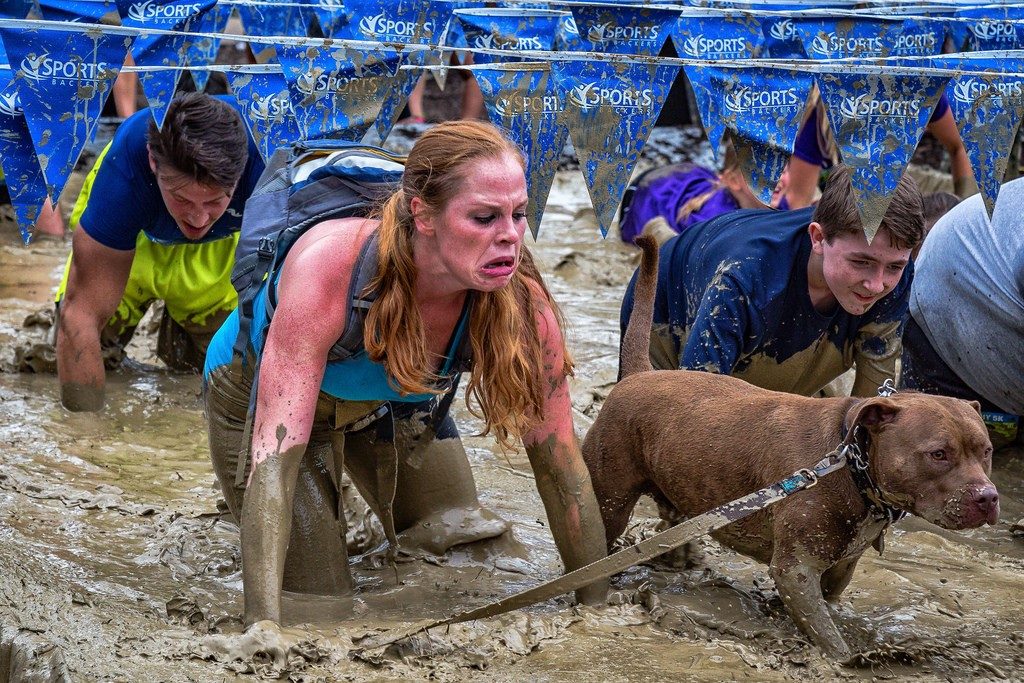 Dirt is a classic example. The best-known investigation into dirt is Mary Douglas’s Purity and Danger. To her, dirt becomes that which lies outside boundaries but has the potential to violate them. Not all boundaries are overtly medical: ‘if we can abstract pathogenicity and hygiene from our notion of dirt, we are left with the old definition of matter out of place.’10 Dirt, then, is that which can pollute. The function of this polluting dirt is to enhance the pure elements within a structure: ‘a rule of avoiding anomalous things affirms and strengthens the definitions to which they do not conform.’11 These things ‘can be labelled dangerous’, and placed within a structure of their own, a structure of prohibition.12 Douglas’s suggestion that pathogenicity and hygiene are not necessary puts her at odds with PAT. Moreover, even though Douglas’s work appears in a significant number of works on disgust, she never mentioned disgust herself. On the one occasion that she broached the subject of dirt, emotion, and pollution beliefs – the 1968 article “pollution” – she said that ‘there is no justification for assuming that terror, or even mild anxiety, inspires them any more than it inspires the housewife’s daily tidying up.’13 The housewife may not be the only concept left behind in that era: Douglas does not seem to have even considered disgust as an option for pollution beliefs. This might seem a little odd to a twenty-first-century reader. Could it be that the assumption that dirt means disgust does not even go as far back as the now morally disgusting (in some parts of the world, at least) expectation of a stay-at-home wife? This possible change in the relationship between dirt and disgust is something that requires further study, but Douglas’s article certainly gives the impression that attitudes to dirt and its associated emotions were different, at least to her. 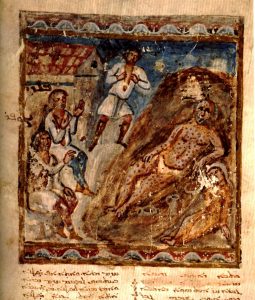 Going further back in time, it seems more likely that disgust and dirt are not immediately related. This disconnect may be because older categories of the ‘out of place’ were somewhat different. According to Mark Jenner, hygiene as currently understood was an eighteenth-century invention that coincided with a shift in the locus of medical policing from that found outside the body to that which might contaminate the inside and surface of the body – hygiene.14 Instead of being unhygienic, ‘filth’ and similar terms such as ‘unclean’ were defined by a category known as ‘nuisances’. Emily Cockayne describes this group as external objects or actions that made people ‘feel uncomfortable around other people‘ due to their disorderliness.15 Nuisance was a common-law term that encompassed a wide-ranging set of injurious or harmful practices.16 On one hand, it included what a modern observer might well find disgusting, such as excrement and foul-smelling waste. On the other hand, a much larger part of this category consisted of elements alien to modern notions of disgust. This category included ‘disorderly alehouses, building unlawful cottages, eavesdropping […] using a speaking trumpet […] unkempt pavements […] potholes’, the ‘sense of being squeezed’ and ‘gloominess and darkness’.17 Additionally, unexpected behaviours that did not fit with a person’s ‘rank, station, gender, [or] age confronted the senses’ and were considered nuisances.18 It’s hard to imagine a way in which the modern emotion of disgust might be a reaction to all of these triggers. It is possible, perhaps, that such nuisances caused passions similar to disgust, as in the passion of abomination found in the phrase ‘filthie dunghill of abomination’.19 Nuisances may well have also triggered aversion, eschewing, horror, loathsomeness and other similar passions. However, as the first dogma explains, these passions were not necessarily the same as disgust.

The moral of the piece is that those of us who work in the field of disgust ought to keep these two dogmas in mind. To sum up briefly (or TL;DR for the younger reader): their ‘disgust’ might not be our disgust, and they might not consider their dirt disgusting. The dogmas may not always apply, but we overlook them at our peril. Presentism and Anglocentrism are quiet, creeping contagions that can infect us without our realising, and pollute the strongest and most brilliant works on the subject. However, if we treat these dogmas as if they are disgusting, we should be fine.

10 Mary Douglas, Purity and Danger, (Harmondsworth: Pelican, 1970), 48. The phrase ‘dirt is matter out of place’ is often attributed to Douglas, but she got it from William James, it appears to go back much further.