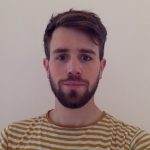 Edgar Gerrard Hughes starts a PhD in the Centre for the History of the Emotions this week. His research is funded by the Wellcome Trust under our Living with Feeling grant.

I studied history as an undergraduate at Hertford College, Oxford. But it was only five years later, during my Masters degree in Intellectual History at Queen Mary, that I started to develop an interest in the history of emotions. When I encountered the recent effusion of academic interest in the nature of feelings, I was immediately excited by the possibilities it offered. I was interested partly by the engagement with an aspect of mental life often neglected by historians, but also by the idea that a greater emphasis on feelings could allow us to engage with individual, subjective and experiences and ideas, while also recognising that these experiences had a powerful social dimension. Having delved into this new history of emotions and written an essay about what it might have to offer intellectual historians, I was of course thrilled to discover the studentships on offer at the Centre for the History of Emotions. I’m very happy to be joining now to begin my PhD.

My project will focus on theories, interpretations and experiences of grief in late-19th century Britain. The Victorian period is often associated with ostentatious mourning rituals and has given us many of our most enduring icons of death and grief: Queen Victoria and her widow’s weeds, black-rimmed letters sent by the bereaved, sorrow-hardened Miss Havisham frozen in the instant of her abandonment. Yet while there have been histories of these symbols and rituals, little has been written on the way in which Victorians experienced and understood the actual emotion of grief. This is the question I intend to address. In my Masters thesis, which looked at conceptions of grief in secular psychologies influenced by evolutionary theory, I have begun to study this issue. I have discovered attempts to create an ennobling narrative of grief and attempts to distinguish between “pathological” and “normal” suffering; I have unearthed a debate over the capacity of animals to grieve and an ambiguity of the meaning of the word “grief” itself. All these are issues my project will explore in far greater depth. And since my period is one in which popular attitudes were still deeply saturated with Christian beliefs, I will of course look beyond the perspective of secular science.

In seeking a greater understanding of Victorian attitudes to grief, my project will also contribute to current debates about emotional responses to death. For instance, the latest edition of the Diagnostic and Statistical Manual of Mental Disorders (so-called DSM-5), for instance, intensified a debate within psychiatry about the relationship between grief and depression, and sparked a knotty controversy over whether it is possible to label some responses to bereavement as an unhealthy or excessive. (details here http://www.dsm5.org/Documents/Bereavement%20Exclusion%20Fact%20Sheet.pdf) I hope to uncover the long and complex heritage of debates like this. By studying how people far removed from us in time have interpreted and dealt with this most painful and inevitable of emotions, perhaps we can find new ways of understanding and experiencing grief ourselves.