On Saturday 1 October 2016 the Centre for the History of the Emotions’ ‘Carnival of Lost Emotions’ made an appearance at the Boundary Estate Fun Palace. Fun Palaces take place across the country on 1 October each year, with free, innovative, transformative and engaging events for the local community. The Boundary Estate in Shoreditch is the oldest council estate in the UK, designed in 1892.

The Carnival featured two of our most popular activities – the Lost Emotions Machine and Emotional Body Portraits. Talking attendees through the lost emotions were the Ringmaster, an army officer, scientist, monk and Renaissance physician. We spoke to at least 60 adults and children over the course of the day about emotions we no longer experience. Some children even learnt the emotions and started telling new participants about accedia or incubus without the facilitation of the team! 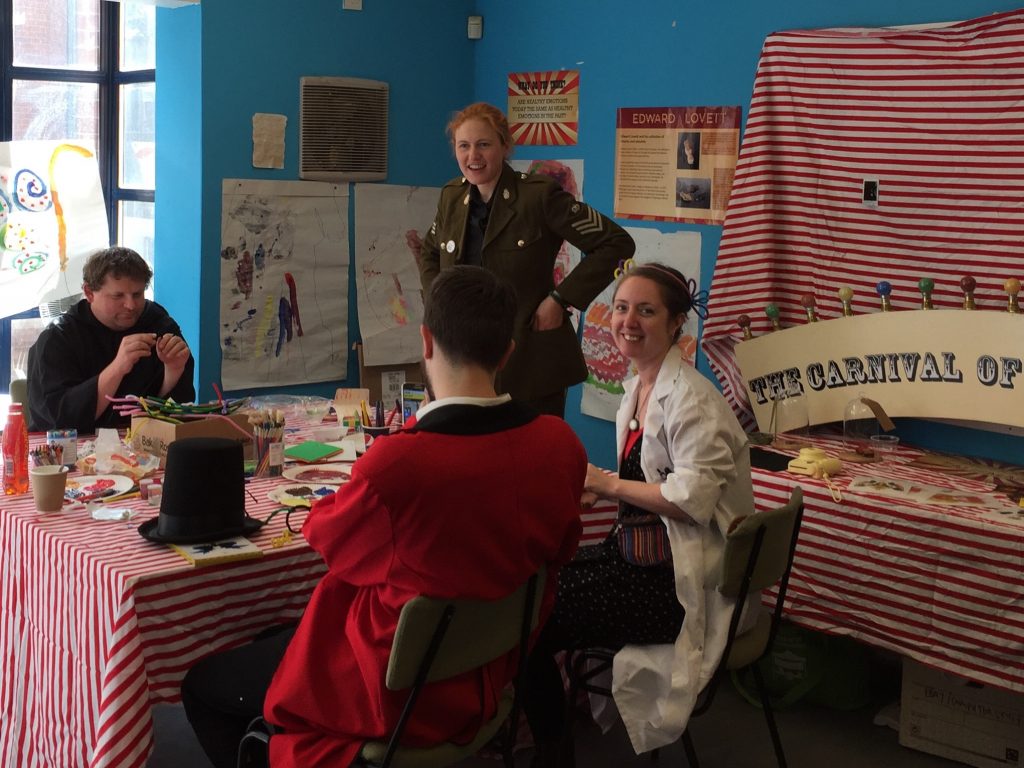 Emotional Body Portraits, the idea for which came from artist Liz Atkin, was a very popular drop-in activity. Each child lay down on a big piece of paper and we drew around them. We then asked them to decorate their outline to show not how they looked on the outside but how they felt on the inside. Most children said they felt happy and showed this in a variety of ways. In the photo below, rainbow colours were used to express happiness. 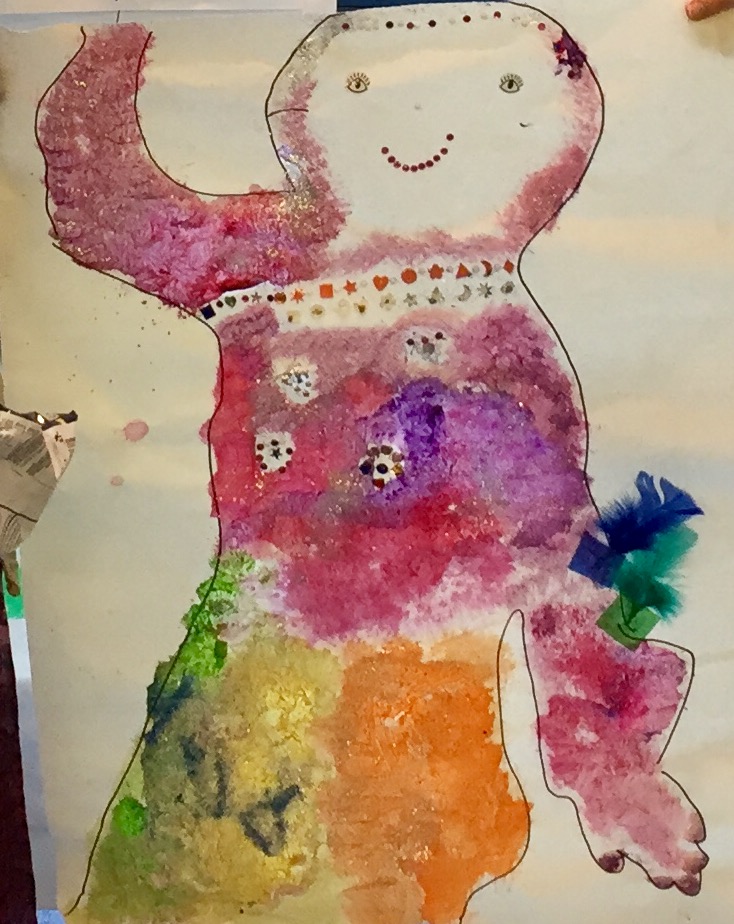 For another child, pink paint stood for ‘soulful[ness]’ and red for their strength. Yellow was used to show happiness. And this child unusually drew round their feet – rather than the head and torso – because that was where their strength came from (below). 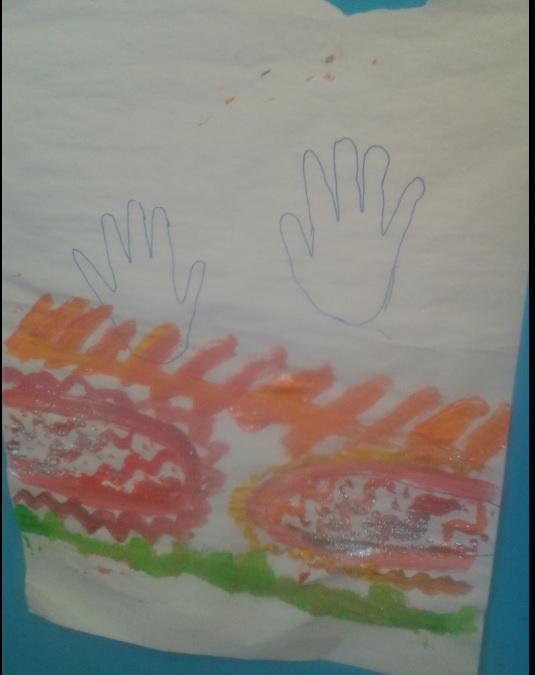 At least thirty children drew emotional body portraits and talked to us about the emotions they were feeling and how they might show these. And while many showed happiness, we ran the full gamut of emotion. This portrait shows confusion: 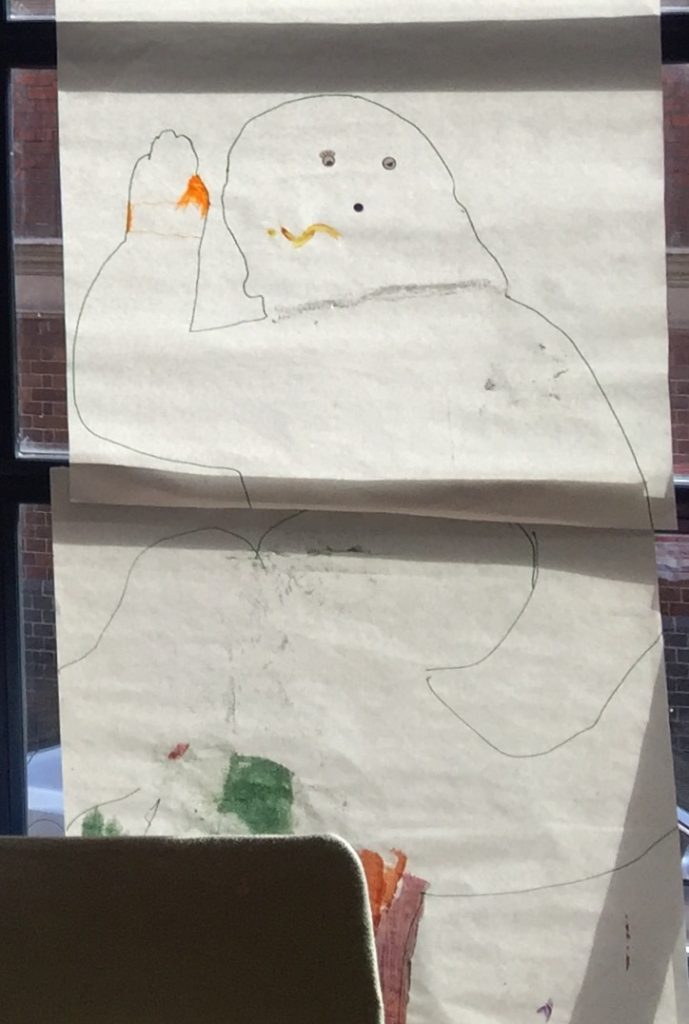 One child felt tired ‘so I’ve done my head in grey’. ‘Heavy shoulders’ were coloured in with black pencil alongside a red heart – to show the energy to and desire for a rejuvenating run around outside. The desire to play the piano was represented by black fingers. Here we move into the region of emotions that we feel but might not have a language for. So in future, we’ll be using pictures as well as words to convey emotion!