Mary Cappello’s five books of literary nonfiction include Awkward: A Detour (a Los 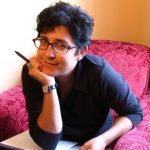 Angeles Times bestseller); Swallow, based on the Chevalier Jackson Foreign Body Collection in Philadelphia’s Mütter Museum; and, most recently, Life Breaks In: A Mood Almanack (University of Chicago Press). A Guggenheim and Berlin Prize Fellow, Cappello is a former Fulbright Lecturer at the Gorky Literary Institute (Moscow), and currently Professor of English and creative writing at the University of Rhode Island. She will be speaking as part of the Centre for the History of Emotions event series on Tuesday 6 June: book online here.

Every now and then, a sound stops me in my tracks and asks me to listen more deeply or more fully. Truly to encounter it and to learn its name. Recently, I had this experience with my two-year-old niece Ava’s sigh. 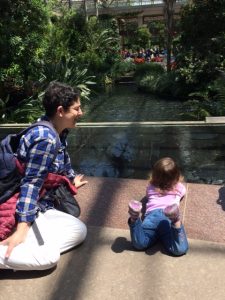 We were roaming a public garden where fountains trickled and snapdragons trilled when, of an instant, my niece paused to sigh. Prior to this articulation, she had crouched as if readying herself to spring, but did not. Instead, she stood up, looked about her, twirled a bit then sighed.

By certain measures, my niece has been slow to vocalization, and yet, to my mind, there is so much that sigh might signify affectively. An indicator of an in-between state, it might be saying,

When Ava breathes in more fully like this, it’s not for absence of breath, but as a way of inward-moving-saying. It was actually more of a simultaneous intake and outtake of air than the more commonly recognized adult “sigh of contentment” (and when was the last time you uttered one of those?) Thought is involved in Ava’s sigh, but not exactly the sound of a thought—it’s more like the sound of thinking’s before or after. Ava is not yet verbalizing a whole lot, but she knows the word for sky (rhymes with sigh). “What’s up there?” I ask her. And she replies, smiling, “sky.”

If I could create a study borne of my niece’s sigh or if I could allow its movement into my prose, if I could find a way to essay it, I might alight on something like “mood.” Maybe I would need to drop my pen, or use the crayon in a child’s hand, to sweep across the page or graze it. I would definitely need to listen anew, from the vantage of an altered state, and to sound my understanding, in turn.

Moods seem to be a bedrock of our being (we’re 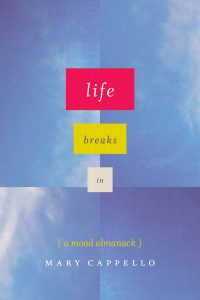 never not in a mood of one sort or another), at the same time that moods seem to exist quite apart from our ability to perceive them. Writing Life Breaks In: A Mood Almanack presented me with a tantalizing aesthetic problem: I mean, here’s this thing that is ephemeral, amorphous but ever-present and foundational. It will not let you pin it down, and it might only come into view when you aren’t trying to discover it. If you look too directly at it, it may not show itself, or will vanish. And the minute it does materialize, life is sure to break in, and poof, it’s gone.

In this new book, I wanted to court the mystery of this airy something that ever accompanies us, that some thinkers consider the very ground of our being, but which we barely have a language for, and I pursued something I came to call “cloud-writing” to do this. The prose forms that constitute the book are meant to invite a reader to hover and drift, to immerse and release, even occasionally, to sleep (perchance to dream). I’m not sure I succeeded at this—I’m still waiting for the review that says, “Life Breaks In succeeds in putting the reader to sleep”—but I was hopeful to play with form in such a way to approximate the vaporous density, the present absence, the ethereal materiality of mood.

Is mood a place?, the wonderful essayist and poet, Nicole Walker asked me recently, and I replied, Yes. But a place that is often enough un-locatable, un-map-able. That throws off both compass and clock.

The earliest form of the word in Anglo-Saxon suggests mood as a place—in the head or breast/chest. Nowadays, we affiliate it with a more broadly indicative “zone” that troubles distinctions between inner and outer states. 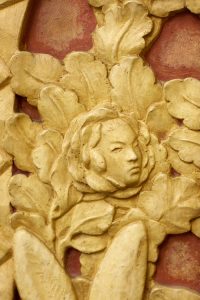 Late in the pages of Life Breaks In, I begin to consider whether mood hovers in the space between words and the things to which words point. Or if moods are made of the stuff left over from childhood that left their trace without finding their way into representation (the psychoanalyst Christopher Bollas tempts me down this particular path). For any reader willing to remain inside the book’s strange precincts, there’s a kind of lift-off from language altogether that eventually occurs. The book is often operating on that threshold between the representational and the non-.

I’m always interested in getting at affective states that are off limits or that efface the cribbed playing cards of happy, sad, angry, and bored. I’m also very aware of the blunting of all of mood’s complex shadings by “depression” as a signifier, and a bottom line premise of my book is that mood is the basis for a lucrative pharmacology even though there is no agreement either in the hard or social sciences on what mood IS.

In this way, my thinking is companionate with that of Tiffany Watt Smith, who, in an article in The Guardian where she discusses her book, The Book of Human Emotions, writes: I offer this collection of emotions as a gesture against those arguments that try to reduce the beautiful complexity of our inner lives into just a handful of cardinal feelings. Because one thing I’ve learned is that we don’t need fewer words for our feelings. We need more.

The other day, I texted a friend a guffaw-making article on one of the US President’s latest debacles, and he replied, “I manage to laugh and seethe almost simultaneously.” There’s no emoji for that combo, and the revolution will not be Google-able. New feeling states that have no name are more interesting to me than the clownish antics of our current commander in chief even if he and his kin—my fellow Americans—have paved the way for their emergence.

Which brings me back to Ava’s sigh. Now I’m thinking of the gasping sort of sigh I suffer daily, those multiple intakes of shock since the election. All of the OMG’s, and the whatthefuckjusthappenedtodays. If Trump’s presidency and person are taking up all the air in the room, it’s obvious that we need to find another way to breathe.

Insofar as words inch us towards mood, they do so on levels that are corporeal, unconscious, and elemental. At one point in Life Breaks In, I suggest that how (the sounds of) words affect us might depend on the quality of the air through which words move. What would happen if we suspended our reliance on taxonomies of emotion, and considered mood instead in terms of envelopes, niches and spheres; as gravity and wave, voice and hue; as temperature and tempo; as making and creating; as reverberation and skin. Mood as air; mood and sound.

Sign up for Mary Cappello’s free talk on the evening of Tuesday 6 June at the Horse Hospital here: https://moodalmanack.eventbrite.co.uk