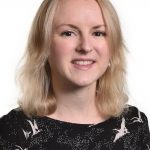 This guest post by Manon Mathias is part of Gut Feelings Week, in which a group of scholars participating in the conference Gut Feeling: Digestive Health in Nineteenth-Century Culture explore different aspects of digestion.

Manon Mathias is Lecturer in French at the University of Aberdeen. Her research focuses on the relations between the novel and the natural and medical sciences in the nineteenth century. She is the author of Vision in the Novels of George Sand (OUP, 2016). Her current project, funded by the Carnegie Trust and the British Academy, examines digestive health in nineteenth-century culture.

France led the way in the publication of ‘hygiene treatises’ from the 1800s, when ‘hygiene’ was understood as the preservation of health. These texts place great emphasis on the stomach in maintaining a healthy body, but their interest in digestion is in fact a means of elevating the mind.

Hygiene treatises in this period advocate harmony, especially between the brain and the stomach. Réveillé-Parise argues, for instance, that one cannot deny ‘the effects of the viscera on the brain’ (Physiology and Hygiene of Men Devoted to Labours of the Mind, 1834), and the harmony between ‘the functions of the cerebral organ and those of the nutritive system’ must, he argues, always be maintained. 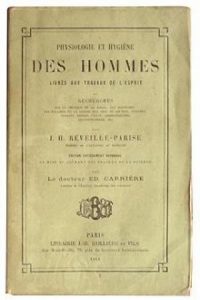 Figure 1: Physiology and Hygiene of Men Devoted to Labours of the Mind

Yet in the case of the man of letters, the health manuals foreground an imbalance between the stomach and the brain in ways which venerate this condition. Étienne Brunaud notes ‘the exquisite frailty and sensitivity’ of the scholarly stomach (Hygiene for the Man of Letters, 1819), and Réveillé-Parise suggests that digestive breakdown raises the scholar ‘beyond other mortal beings’ (Figure 1).

Such preoccupations are also seen in many novels of the time which show particular interest in the viscera. Zola’s Belly of Paris (1873), for example, is a novel in which ‘the stomach dominates the action’ (Zola) (Figure 2).

But in Zola’s novel, food is a form of dirt, putrefaction and decay and a solid digestive system — linked with middle-class complacency — is ultimately a form of death. The novel ends with the bourgeois shopkeeper, the embodiment of greasy health, standing ‘lifeless’, still, and ‘motionless’. 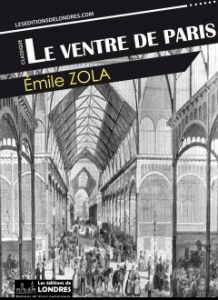 Figure 2: The Belly of Paris

If digestion is equated with literal and moral decay for Zola, the inability to digest is inversely elevated. This is particularly the case for Florent, who barely eats and is plagued by nausea and stomach pains. One of the few characters to show strong moral values, Florent represents the scholarly figure and embraces the realm of thought rather than that of the body.

Florent not only rejects the processes of digestion but, when engaged in deep thought, becomes almost disembodied: ‘his feet seemed not to touch the ground, as if borne aloft by his desire to pursue justice’.

This ideal of scholarly transcendence is taken further by Joris-Karl Huysmans in his novel, Against Nature (1884) (Figure 3). Huysmans’ central character, Des Esseintes, admires a condensed form of literature which he describes as a ‘highly refined juice’, echoing debates on the ‘restaurant’ or restorative broth in the 1760s. This dish reduced meat to a simple essence and liberated the body from its digestive duties. Des Esseintes’ predilection for such essences shows his yearning for disembodiment. 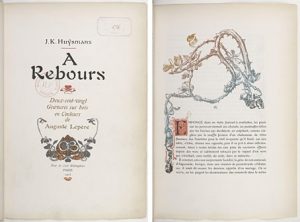 More specifically, Des Esseintes’ preference for ‘concentrated’ writing shows his ambition of transcending the body through art. He imagines a novel which could concentrate into a few sentences ‘the distilled juice of a hundred pages’, and in which every adjective would open such vistas that ‘the reader could […] ascertain the present, reconstruct the past, and divine the future’. This literature reduces the material to its purest essence, beyond the earthly limitations of time and space.

A novel written in this style would also lead to ‘a communion of thought’ between the writer and the reader, ‘a spiritual collaboration’ bringing together ‘superior beings scattered across the universe’. The novel thus leads to an untethering from the binds of worldly existence and specifically leads to a union of minds.

Such writing, however, is summed up as ‘the osmazôme of literature’, the term for concentrated meat juice as used in gastronome Brillat-Savarin’s Physiology of Taste (1826) (Figure 4). Des Esseintes thus draws on the terminology of the medico-culinary sphere in order to transcend the body, in a paradoxical co-dependence. 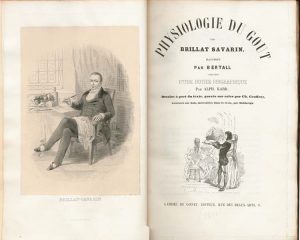 This co-dependence surfaces in other ways. Against Nature, for instance is peppered with allusions to food as excrement and excrement as food — a meat bouillon is a ‘salty, muddy’ substance and horse droppings are the colour of gingerbread — and this digestion/excretion pairing is linked with the process of writing.

The narrative constantly alternates between Des Esseintes’ reflections on literature and comments on his digestive difficulties, and throughout the novel, literature is discussed in digestive terms: one writer’s work ‘indigestible’ and another’s is a form of ‘constipation’.

Moreover, Against Nature ends with Des Esseintes stating that ‘the waves of human mediocrity are rising up to the sky and will engulf the refuge whose floodgates I unwillingly open’. The opening of the gates is a reference to the ‘health regimen’ advocated by his doctor which requires des Esseintes to re-connect with the ‘filth’ and ‘slime’ of society.

Zola’s novel also ends with the dominance of dirt as Florent is overwhelmed by ‘the mud from the greasy streets rising all around him’. Florent, representing the writer, is immersed in the filth he has tried to avoid.

By drawing attention to the scholar’s inability to digest, the hygienists and novelists of nineteenth-century France set this figure apart from the rest of society and make the gut a central element in the thinking man’s identity.

This identity, however, is based on an impossibility, as the characters in Zola and Huysmans’ novels fail in releasing themselves from dirty corporeality. The authors thus attempt to transcend the body whilst at the same time revealing an essential link between writing and digesting.