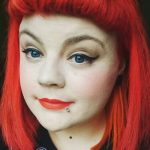 This week is Fears&Angers week on the History of Emotions Blog. We’ll be publishing a series of guest posts arising from our upcoming conference ‘Fears and Angers: Historical and Contemporary Perspectives’ where a group of scholars got to grips with fear and anger. In this second post of the week, Kibrina Davey explores fear in Othello. Kibrina is a PhD candidate and Associate Lecturer at Sheffield Hallam University, researching the relationship between violence and emotion in early modern tragedy. Davey’s articles on passions in the tragedies of John Ford and Philip Massinger have recently been published in issues of academic journals, Early Modern Literary Studies and Textus. Her research interests include early modern literature, history of emotions, and Renaissance medicine.

In early modern Protestant England, a bell was not only an auditory warning to alert townspeople of potential threats such as a fire or invasion, but also carried religious and supernatural connotations. In her study on seventeenth century bells, Dolly MacKinnon writes that:

Bells, depending on the context, could be interpreted as remnants of troubling pre-Reformation practices and superstitions, or as sounds of God’s warnings. In early modern society, bell ringing therefore remained problematic, as it “shall seem to incline to superstitions” The more extreme Protestants sought to silence bells altogether.[1]

In her study, MacKinnon details how in the writings of early modern Protestant pamphlets, bells became an indicator of the unholy, considered as signifiers of the supernatural, warnings from God and opposing the Christianity of Reformed England. Undoubtedly then, the sound of bells in Shakespeare’s Othello (1603), would generate fear among the listeners both in the world of the play and in the theatre itself.

In the opening scene of Othello, Machiavellian villain Iago, suggests ringing a bell to alert the townspeople to Desdemona’s elopement with Othello. After waking Desdemona’s father Brabantio with a frightening yell, Iago implores him to wake the rest of the town, exclaiming

Sir, you’re robbed! For shame, put on your gown.

Your heart is burst, you have lost half your soul.

Awake the snorting citizens with the bell

Or else the devil will make a grandsire of you.

Here, Iago describes Desdemona’s elopement as a robbery, portraying her marriage to Othello and abandonment of her father as a domestic crime which affects the entire town. Othello is figured as a burglar, terrorising the neighbourhood and stealing people’s daughters. This passage reveals several early modern anxieties and fears, the first and most obvious of which is the fear of miscegenation, demonstrated through Iago’s description of Othello as an ‘old black ram’ copulating with the ‘white ewe’, Desdemona. This is added to when Iago refers to Othello as the ‘devil’, presenting him as both religious and racial Other to the citizens of Venice. Iago uses sounds, including his own voice and his reference to the ‘bell’, an alarm that signified the ungodly, to awaken the anxieties about foreign cultures that plagued the early modern populace.

In Act 2, Scene 3, a bell actually rings as part of Iago’s plan to have Cassio removed from the position of Othello’s lieutenant. After persuading Cassio to get drunk in order to exacerbate his passions and make him violent, Iago tells Roderigo to alert the town to the disturbance, telling him, ‘Away, I say; go out, and cry a mutiny’ (2.III.138), and moments later, a bell rings. Feigning ignorance, Iago responds to the alarm, asking ‘Who’s that which rings the bell? – Diablo ho! / The town will rise.’ (2.III.142-143) Once again, Iago links the bell with the devil, conjuring up ideas of the unchristian and supernatural, and imbuing the sound of the bell with the power to generate fear. The use of the verb ‘rise’ here, suggests not only that the citizens will be awoken, but that they will react volatilely, implying that the sound of the bell could exacerbate their fears to such an extent that it would result in violence, chaos and rebellion.

As well as Iago’s response, Othello’s reaction to the ringing of the bell, and the fight that caused it is equally important. He asks

Why, how now, ho! From whence ariseth this?

Are we turn’d Turks, and to ourselves do that

Which heaven hath forbid the Ottomites?

For Christian shame, put by this barbarous brawl: […]

Silence that dreadful bell: it frights the isle

Here, Othello expresses his anxiety about the fight between Montano and Cassio. He refers to their behaviour as unchristian, comparing their violent outburst to the actions of Turks and Ottomites, two groups of people who represent the Muslim religion which Othello signifies himself. Furthermore, he describes their actions as ‘barbarous’, suggesting that they’re unable to govern their passions. This choice of words is not only telling of the cultural and social anxieties of early modern society, but also indicates the fears that trouble Othello himself. Already, by this point in the play other characters have expressed their fears about Othello’s race and through these acts of hateful speech, the anxieties about his own people have transferred onto Othello himself. This fear is then exaggerated by the sound of the bell which greatly distresses Othello. After all, read more literally, the bell could indicate the threat of invasion by the Turkish armies, and ‘Othello would have been reminiscent for contemporary audiences of the Turks that were considered so dangerous in the play.’[2] The bell provokes Othello’s fears about his colour and culture on more than one level.

In the last two lines of the speech, Othello worries about the effect of the bell on the townspeople, using the adjective ‘dreadful’ to describe the sound.  The word ‘dreadful’ here does not merely convey an unpleasant noise, but an alarming one. He worries that the ringing of the bell will ‘fright the isle/ From her propriety’, suggesting once again the transformative effect that fear can have when transmitted aurally. Not only will the alarm scare the citizens, as in Iago’s description above, it may cause them to act improperly, recalling Othello’s fears about ‘turning Turk’ and behaving in an uncivilised manner. The bell which stands for the unholy, the supernatural and the un-Christian, brings out the fearful voices both real and imagined in Othello’s head that tell him that he himself is sinful, savage, and inhuman.