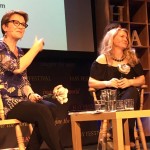 This is a guest post by Fay Bound Alberti. Fay is an Honorary Senior Research Fellow in History at Queen Mary University of London, having taught previously at universities throughout the UK, including Manchester, UCL, and Lancaster. A founding member of the Centre for the History of Emotions, she has written extensively in the fields of history, medical history, and women’s history, including Matters of the Heart: Locating Emotions in Medical and Cultural History (2010), also published by Oxford University Press, which was shortlisted for the Longman History Today book of the year award. She is also an experienced philanthropy advisor who has worked as Head of Philanthropy for the Arcadia foundation and Head of Medical Humanities Grants for the Wellcome Trust. Fay also publishes posts on her website www.fayboundalberti.com . Her new book, This Mortal Coil, is published today.

To be or not to be-that is the question:

Whether ’tis nobler in the mind to suffer
The slings and arrows of outrageous fortune,
Or to take arms against a sea of troubles,
And, by opposing, end them. To die, to sleep

To sleep, perchance to dream. Aye, there’s the rub,
For in that sleep of death what dreams may come,
When we have shuffled off this mortal coil.

References to Shakespeare are ubiquitous in 2016, which marks 400 years since the playwright’s death. But that’s not why I chose to quote from Hamlet for the title of my new book, This Mortal Coil: The Human Body in History and Culture (Oxford University Press). By referencing Shakespeare, I am drawing attention to key presumptions that have been made about the body in history. For centuries Hamlet’s body has been seen as our body, his emotions, our emotions, most notably for those writers who see passions like fear and anger as unchanging across times and cultures.[1] This slippage is understandable: like Hamlet we each inhabit a physical body, a mass of flesh, bones and blood that takes us through this ‘mortal coil’ that is the bustle and turmoil of everyday life. Like Hamlet too, we are tied to the world by our bodies and by all the concerns that ‘flesh is heir to’. Hamlet thus becomes our Everyman (or woman), representing existential angst in the modern age as readily Lady Macbeth’s archetype of female manipulation or Othello’s male sexual jealousy. 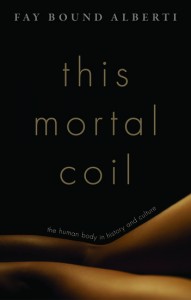 And yet Hamlet’s body is not our own, any more than ‘our’ emotions are stable and unchanging entities across times and cultures. Drawing on religious, medical and scientific texts from the classical world to the present day, This Mortal Coil explores the myriad meanings we have placed on the body’s parts – from the spine, the skin and the heart to the brain, the genitals, tongue and guts. The book’s geographical focus is Britain and North America, with a specific focus on women’s bodies, since gender finds its way through the narrowest of gaps and ‘thrusting manhood’ is everywhere. Each chapter uses a case study to consider both the contemporary relevance of a body part according to medical, religious and scientific writings and the social and political functions that it carries in its wake – whether that be the unruly tongue of a seventeenth-century ‘nag’, the pockmarked face of a nineteenth-century poor boy, the well-padded rear of an eighteenth-century jail keeper, or the pumped-up breast of a twentieth-century factory worker.

The history of emotions runs through each chapter – whether in terms of literal embodiment, such as the skin’s display of emotional experience in blushing or blanching, or the emotive significance given to particular body parts, or even the emotionally-charged rhetoric used to describe the body itself. The siting of emotions in the body has shifted throughout history as the heart and the brain have competed as the centre of our emotional selves. Despite the fact that we live in an age dominated by the neurosciences, the brain has not necessarily ‘won out’ in the battle for supremacy.[2] The heart and more recently the gut has been framed as a ‘second brain,’ responsible for retaining memories, emotions and lived experiences. The very structure of the body, its nerves and fibres, its cells and tissues, have also been used at varying times, to ‘prove’ difference. Thus the brain and the skull and even the hips have reinforced ideologies of race and gender that underscore social and political hierarchies. Today’s body politic might run on hormones rather than humours, but the effects are no less powerful.[3]

The languages of the body are also rich with metaphor. Hamlet’s Denmark is ‘rotten’ and rancid. Mind and body alike are corrupted by a poison that spreads through the king’s body and across the land. There was no easy division in Shakespeare’s time between mind and body, and the soul mediated between both. Today, even if we don’t believe in the soul, few of us see reason and emotion absolutely distinct, though the mind and the body are separated in both philosophical thought and modern healthcare systems.[4] Historians often root that separation in the French philosopher Rene Descartes’ famous division between the material body and the immaterial mind, first published less than forty years after Hamlet.[5] Indeed, the mechanistic body of Descartes (and of William Harvey, popularizer of blood circulation), gave rise to a range of hydraulic metaphors about emotions as well as the image of the heart as a pump with which we are all familiar. Metaphors matter because they reinforce conventions and ideas about the body and – by extension – the roles and responsibilities of men and women in society. This language is often highly moralistic: the ‘incompetent cervix’ of a woman destined to be a productive baby maker, for instance, or the visible wastefulness of a fat body in an ‘epidemic of obesity.’

Medicine is filled with metaphors, especially relating to battles between health and disease, which is structured as an invader.[6] From the mid nineteenth century this language formed part of the rise of scientific medicine, which was based on the classifying gaze of reason and a series of increasingly narrow specialisms through which each body part (and ailment) was compared, catalogued and scrutinized. Today that medically pathologized body has arguably been turned into a socially pathologized body. We worry that we are too fat, too thin, too old. Some of us spend hours in the gym in search of a more socially acceptable ‘look.’ This shift towards seeing our bodies as consumer objects – changeable, perfectible extensions to the ‘real’ selves that live in our heads – is arguably only possible in our compartmentalized, brain-centred age.

To understand this process of distancing and objectification, and the subtle ways that beliefs about the body impact on our experience, This Mortal Coil unravels the differences between Hamlet’s body and our own. For this ever-unfolding pursuit of physical perfection, no matter what that does to the mind (or the soul), is a relatively new phenomenon, made possible only by the development of cosmetic surgery since World War I. Yet it looks set to have a long-term impact on our individual self-image and collective well-being. Those people (usually women) who do go ‘under the knife’ in pursuit of some narrowly prescribed bodily ideal, do so in the hope that it will improve their emotional lives and make them happier. All the evidence suggests that it will not. Like the Prince of Denmark, we have our own existential crises, then, and they also centre on the limits of the human body. This mortal coil is ever binding.

Read more about Fay and her work on her website.

[1] For Gail Kern Paster, for instance, ‘many important emotions are both transhistorical and transcultural’. Humoring the Body: Emotions and the Shakespearean Stage (Chicago: The University of Chicago press, 2014), 245.

[2] Fernando Vidal, Brainhood, anthropological figure of modernity.” History of the Human Sciences 22.1 (2009): 5-36. The imagery I am using here is deliberate, reflecting the militaristic tone in which the ‘battle’ between hearts and minds (or minds and bodies) is typically framed.