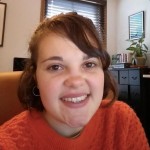 This is a guest post by Erin Lafford and the fourth, and final, in this week’s ‘Romantic Voices’ series. Erin is a final-year DPhil student (AHRC funded) at the University of Oxford, writing a thesis on ‘Forms of Health in John Clare’s Poetics’.  Her research explores how various medical discourses and understandings of physical and mental health emerge within Clare’s work, and how poetic form offers him a way to negotiate and re-work these understandings as well as to attend to more experiential and imaginative conceptions of health.  Erin will be talking more about her research at the British Association for Romantic Studies’ conference taking place 22-23 June in Oxford.

What can a labouring-class poet who spent the last twenty-seven years of his life in an asylum tell us about health?  This blog post draws on some ideas from my doctoral research on John Clare to introduce him as a poet whose intense preoccupation with his own mental and physical well-being reveals him as a key, if overlooked, figure in Romantic poetry’s interactions with medicine and medical culture, as well as with more experiential aspects of health.  What I offer below is a reading of Clare’s early poem ‘To Health’ as a site for thinking about how poetry and its forms of address offer a means for Clare to explore and question what health is, and how it is experienced.

Contemporary phenomenological accounts of health and illness attest to health as a state that cannot be known or felt by the subject.  Havi Carel argues that a healthy body is defined as unobtrusive; it is always ‘transparent’ and part of our daily ‘background’.[i]  Carel’s argument is similar to that made by Hans Georg Gadamer in The Enigma of Health (1993; trans. 1996):

Contrary to these phenomenological accounts of health are the regimens of Enlightenment medicine that Romanticism inherited.  Regimen conceived of health, not as unknowable or enigmatic, but as precisely within the realms of human knowledge and control.  Under the strict instructions of hygiene manuals and treatises on regimen, health became, as Guenter Risse argues, a ‘positive value’ and natural state attached to ‘a condition of bodily and psychological well-being conducive to a more enjoyable and longer life’.[iii]  Health materialised as attainable via a set of rules on the regulation of diet, exercise, environment, sleep, and mental and physical excitement.

How does Clare’s exploration of health negotiate or stray from this pervasive medical culture of rules and regimen?  In a journal entry from 1828, he wrote:

By claiming ‘we know not how to prize it till we loose it’, Clare conceives of health as an engimatic and even unknowable state more akin to the above phenomenological accounts than to the dominant ideas of regimen he would have been surrounded by.  The task of trying to ‘know’ health in the face of losing it also captures Clare’s poetic imagination early on in his career.  In ‘To Health’ (composed in the early 1820s), he invokes health as a ubiquitous phenomenon manifested in the natural world:

Hail soothing balm – ye breezes blow
Ransack the flower and blossom’d tree
All, all your stolen gifts bestow
For health has granted all to me

And tho I cannot boast, – O! health
Of nothing else, – but only thee
I would not change this bliss for wealth
No not for all the eye can see

Ah well may they who do posess
Sweet health thy joy-inspiring balm
Lavish thy praise in such excess
‘Hail hail, wild woodlands native charm!’

Thy voice I hear, thy form I see
In silence, Echo, stream or cloud
Now that strong voice belongs to thee
Which woods and hill repeat so loud

The forms of address permitted by the ode here bring poetic utterance into play as a means through which Clare can feel around for health.  Apostrophe not only personifies health, but also assumes it as a presence that is away from the speaker and needs to be addressed in order to be invoked.  Presence, absence, distance, and proximity all interact in this poem, where emphatic claims of health’s potential abundance (‘All all can bring thee in my view’) also belie its diffuse and uncontrollable nature, as though it were everywhere and nowhere at the same time.  Rooted in the world of natural elements and phenomena, health is made material and accessible but, at the same time, its ubiquity troubles the subject’s ability to pin it down.  Invocation and apostrophe take on the sense of the conditional: ‘may’, ‘shall’, ‘would’, and ‘can’ construct an approach to health as an abundant possibility rather than a state that has actually been achieved by the speaker.  With the progression of each stanza, a new constitutive exercise unfolds that perhaps enacts the dialectic of  ‘prizing’ and ‘losing’ found in his later journal entry.  Each subsequent stanza is a new attempt to grasp the slipperiness of health and to invoke it before it shifts into a different guise.  By making health the subject of repeated intimate address, Clare approaches it as both knowable and unknowable, a shifting ‘form’ that poetic address might help him to grasp momentarily at the same time as it bears witness to health’s formlessness.

You can find out more about the Centre’s interest in health at the website for our Wellcome Trust-funded project ‘Living with Feeling’.