It may be encouraging to begin by paraphrasing a line from Erasmus’s pedagogical work the De ratione studii: The person who has a slight tendency to be angry [subiracunda], but is minimally stupid, was born to study the liberal arts.[1] Subirascor is not a commonly used Latin word, but it economically describes the general irascibility of academics (an irascibility that Erasmus experienced first-hand, both in himself and in others), and it seems especially apt in the context of attempting to discern what anger was – for, apart from the usually benign form of irritability in humanists, there are, as Seneca wrote, ‘a thousand other kinds of this multiform evil’.[2] These myriad angers, or anger-like emotions, which exist throughout history and across cultures combine to create a rather tricky problem for anyone who would (for unimaginable reasons!) decide to write a book on the subject, as Thomas Dixon so clearly laid out in the last post. But rather than dancing around the precipice of what a former professor of mine called ‘the epistemological abyss’, an abyss that seems to grow ever wider as we sit and dwell on the difficulty of translating emotion words from one language/culture to another, I thought I’d just jump off the cliff into the sixteenth century. If language is the skeleton as Dixon suggests, this is as good a place as any to check for osteoporosis.

The sixteenth century witnessed the rise of vernacular languages in scholarly discourse alongside the continuation of widespread Latin use by scholars, as well as the recuperation of classical forms of Latin and a new interest in other ancient languages like Greek and Hebrew. This makes it a rich period for analysing how emotion terms are handled in translation in several languages, and a closer look reveals the complexities involved in doing a historical semantics of emotion. In this period we find a number of serious multilingual projects, including the development and production of multilingual dictionaries such as Ambrogio Calepino’s Dictionarium, first printed in 1502 as a Latin-to-Latin lexicon, and swelling in 1590 to contain definitions of Latin words in 11 different languages. Assessing dictionaries in this period – or any period – to make generalisations about normative usage is fraught, but they nevertheless serve as valuable sources for considering the cross-linguistic valences of emotion terms for certain language users, and they presumably had some effect on how words were used and understood at the time. Their very existence, at any rate, demonstrates a remarkable optimism regarding translatability, and I wonder whether in a Renaissance humanist context the translation of emotion words lacks some of the difficulties we face now in understanding emotional concepts in the past. That is, I wonder whether in the (admittedly rarefied) intellectual world of the respublica litterarum translation may be somehow more ‘successful’ because of shared cultural and intellectual backgrounds and concerns, despite the proliferation of multiple vernacular and Latin idioms.

To take one example, it would seem that with respect to Robert Estienne’s 1552 Dictionariolum puerorum tribus linguis latina anglica et gallica, when the Latin term ira is glossed in English as ‘wrath or anger’, or when iracundus is glossed as ‘[the one] whiche waxeth quickely angrye, and for a small change’, it is more difficult to argue for a failure in translation than it would be for a twenty-first century reader translating the title of Seneca’s famed treatise as ‘On Anger’, at least insofar as the producers of these early dictionaries would often be operating on the same philosophical and rhetorical grounds regardless of whether they were writing in Latin or English. In other words, while ‘our’ anger might differ in important, and even in occasionally irreconcilable ways with Seneca’s ira, it seems reasonable to assume that Estienne’s anger and ira (and colere for that matter) might be rather more interchangeable. If so, then the research problem of developing a ‘historical semantics of emotion’ becomes considerably more involved insofar as we would not only be faced with linguistic translation problems and cultural translation problems but also temporal-linguistic and temporal-cultural translation problems – often all at the same time. That said, we would also be offered a way around the sceptic’s objections tout court about translatability by paying close attention not only to how our anger differs from classical Greek or Roman orge and ira (e.g.), but also to which aspects of sixteenth-century anger we have inherited in the continuity of that English concept from then until now (which itself was, in certain sixteenth-century contexts, bound up with Greco-Roman emotional norms). In other words, we may be able (or Thomas Dixon may be able) to show how the editors of a recent volume on early modern anger over-stated their case when they wrote in the introduction that ‘modern anger is but a homonym of its early modern counterpart’.[3]

Though this may be true in the abstract, it quickly becomes clear that humanists had rather different ideas about the proper use and definitions of these terms in practice. A different historical semantics of anger arises out of the movement from ancient Greek to humanist Latin. Another sixteenth-century printer, Jean Crespin, issued a fairly extensive Greek-to-Latin dictionary in Geneva in 1554. There are a few notable features of this dictionary when it comes to defining anger: first, orge is correlated with several Latin terms, and defined immediately with Aristotle’s account from the Rhetoric. Also, you see ‘vide menis’, which is famously the first word of Homer’s Iliad – typically translated as ‘rage’, and referring of course to Achilles’; it is glossed here as iracundia, ira permanens et diuturna, invidia, bilis Latine: ‘a state of anger, permanent or long-lasting anger, hatred, or in Latin bile’. There is an entry for thumos as well, a Greek term used generally for the appetitive part of the soul, but occasionally associated specifically with anger: here, the editors write that thumos does not signify anger strictly speaking (non significat absolute iram), but rather a certain perturbation where blood begins to boil around the heart (sed perturbationem illam, quando sanguis circa cor incipit ebullire). This latter is, of course, the physiological account of orge (not thumos) given by Aristotle. Orge is further glossed under the entry for thumos, ostensibly for the purpose of differentiation, where it is described as ‘that which desires to erupt in revenge’. Perhaps the distinction here is between the physiological and cognitive aspects of anger respectively.

A quick look at how biblical anger is handled in translation in the period reveals further how unwieldy the issue can become. The Apostle Paul (or someone operating under his name) writes in his letter to the Ephesians (quoting the Septuagint version of Psalm 4:4): ‘Be angry and don’t sin. Do not let the sun go down on your anger’.[4] The Greek for ‘be angry’ here is orgizesthe, and prominent Latin translations, including the Vulgate, Erasmus’s revolutionary New Testament, and John Calvin’s commentary all agree on irascimini as a valid rendering. As for Paul’s second ‘anger’, the one in which you aren’t to let the sun go down on, the noun is parorgismos in the NT’s Greek, which isn’t a classical term, but one which Erasmus glosses in his Annotationes as ‘anger or agitation or irritation’ (iram sive commotionem aut irritationem), indicating a kind of semantic breadth that the English ‘anger’ (or even the Latin ira alone) cannot quite bear. Erasmus here further distinguishes ira from iracundia, the latter which he says is a ‘natural vice’ or ‘a tendency of the soul to be easily angered’, while the former is presumably a temporary and occasional emotion. Calvin for his part uses iram and iracundia interchangeably here.

A few verses later, Paul writes that the Ephesians should ‘Put away all … thumos and orge’. The Vulgate translator renders this doublet as ira et indignatio. Erasmus retranslates thumos as tumor(a non-specific swelling or excitement of the mind) and orge as ira, but in his Annotationes glosses the verse with ferocia et ira, and there further defines thumos as ‘a violently foaming and agitated attack of the mind/soul’ (impetus animi effervescentes et concitati). We see already that English is somewhat impoverished here, anger-terms-wise, barring the employment of laborious periphrasis – licensure for which is not permitted to the Bible translator. As for Calvin, per his commentary he has a different Greek order for the verse: here orge follows thumos, and his Latin version reads indignatio et ira. In his commentary, he writes that regarding orge and thumos, ‘there is little difference … except that in the former we speak more of a sudden attack’ (subitum impetus), which is basically what Erasmus wrote about thumos and not orge.[5] So we have quite a mess here, and it could easily get messier if we were, for example, to turn to early English renderings, for at least three early modern versions handle this verse differently: the Geneva Bible has ‘anger and wrath’; the KJV has ‘wrath and anger’; and the Douai-Rheims has ‘anger and indignation’. In the end, perhaps it would be better to reverse the Erasmus line we began with: Irascibility is not a condition for scholarship; it’s the result of it.

How we escape from this frustrating labyrinth I’m not sure, but in one way I’ve set up a false problem insofar as examining lexical correspondents in dictionaries or in a series of translations ignores what we typically do when we’re trying to understand what a word means or what an emotion looks like, which is to pay close attention to the context in which it is set. Thus, consider the pragmatic wisdom of Douglas Cairns and Laurel Fulkerson:

One often reads that such and such an emotional expression is difficult or impossible to translate into another language … What these claims really amount to is the observation that a single term in one language frequently has to be glossed or paraphrased using more than one term in another. This is a problem of ‘translation’ only for the beginner overwhelmed by the range of possibilities offered by the dictionary. But even this is not actually a problem of translation at all: it is rather a matter of coming to understand the principles that underpin dictionaries’ organization of their categories and of learning how to choose the best translation for the particular context. The dictionary itself has based its definitions on the inductive familiarity with the usage of a given term that is the source of the advanced student’s own understanding. We begin to acquire the ability to base our translations on contextual sense rather than dictionary definition early in our experience as foreign language speakers.[6] 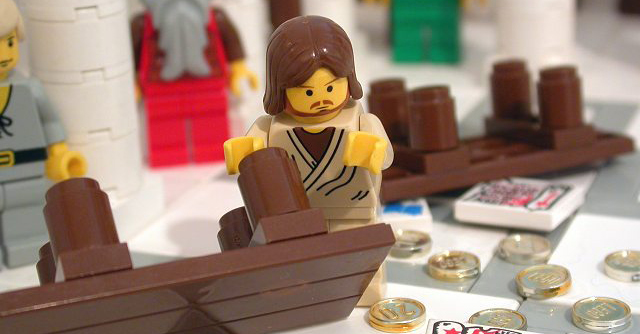 From this perspective, and sticking with the New Testament, take the scene where Jesus overturns the tables of the money-changers in the Temple of Jerusalem. For two millennia this scene has been fairly consistently described as one depicting Jesus’s anger. But why? When we turn to the text there is no mention of anger (orge, thumos or any other Greek term) at all, only zeal (Gk. zelos; Lat. zelus) in John’s version and no emotion term whatsoever in the Synoptics. Perhaps centuries of commentators and laypersons have understood the scene as depicting an angry Jesus because a meaningful idea of what anger looks like, or of the conditions that may give rise to it, is in some cases rather seamlessly transferred from one language/culture to the next. Perhaps it’s because when it comes to anger, it’s like US Supreme Court Justice Potter Stewart’s claim about recognising obscenity: We know it when we see it.

[5] It’s unclear whether Calvin has a Greek text with these anger words reversed, or whether he slips up in his commentary. He refers explicitly to Erasmus in his comment on verse 4:27, and so it would be surprising if he were reading a Greek text other than Erasmus’s in this case, but there were Greek codices that had readings which reversed these words.