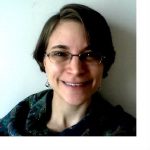 This guest post by Kristen Ann Ehrenberger is part of Gut Feelings Week, in which a group of scholars participating in the conference Gut Feeling: Digestive Health in Nineteenth-Century Culture explore different aspects of digestion.

Kristen Ann Ehrenberger, MD PhD (History), is a resident physician in the combined Internal Medicine-Pediatrics program at University of Pittsburgh Medical Center and Children’s Hospital of Pittsburgh. She is co-author of an interdisciplinary monograph on memory formation, Individual and Collective Memory Consolidation: Analogous Processes on Different Levels (MIT Press, 2012); is an Editor for H-Nutrition at the H-Net Commons; and blogs as Frau Doktor Doctor.

During and after World War I (1914-1918), the Allied Powers enforced an increasingly strict trade embargo against the Central Powers, restricting the importation of not just ammunition and metal but also food, fertilizer, clothing, fuel—anything that could be construed as contributing to the war effort. With human and animal power diverted from farms to urban factories and to the fronts, the German food system was severely underproducing. Not only did large military purchases and housewife panic drive up prices, but an absolute food shortage developed. In January 1915, just five months into the conflict, the federal government instituted bread rationing. Later that year potatoes were rationed, then butter, meat, milk, cheese, eggs, pasta, beans barley, and oats. (By the end of the war, clothing, shoes, soap, coal, and oil were also regulated with coupons.) The German Empire was divided into rationing districts that overlapped with both political states and military departments. More rural districts such as Bavaria and East Prussia were expected to provide agricultural products to more industrial areas, such as the Ruhr Valley. Unsurprisingly, Germans developed strong feelings about who got to eat how much of what. In Saxony, the single most common sentiment about the wartime food economy was bitterness (Erbitterung).

Saxons apparently were willing to tolerate the terrible food situation itself—probably not least because many helped themselves extra-legally—but they could not abide the thought that other Germans were not suffering as much as they were. In a February 1917 meeting of the Saxon Nutrition Advisory Council, the industrial miller Erwin Bienert (1859-1930) from Plauen “confirmed from his own experience that bitterness prevailed among the workers, not solely due to the lack of food and to the high prices, but above all because the state of affairs was better in other counties; in particular the munitions and war material workers were so much more privileged.” The common folk in Dresden were bitter that colonial wares shops continued to display unrationed luxury goods in their windows that they could ill afford. Housewives were bitter that vegetables found their way to public soup kitchens but none were available for purchase at the markets. Those who had been sick were “bitterly disappointed” that there was not enough “nutritious and easily digestible food” available to fuel a quick recovery. Urban consumers were bitter that premiums for grain farmers had increased the price of bread, while agricultural workers were “more than bitter” over the epithets applied to them by leftist newspapers and politicians. “Is it any wonder that a starving Saxon’s temper flared when he heard that the Bavarian allegedly sat down to dishes full of meat?” asked one observer later. Finally, (perceived) preferential treatment of the inhabitants of the capital of Berlin embittered both the public and government officials in Saxony. 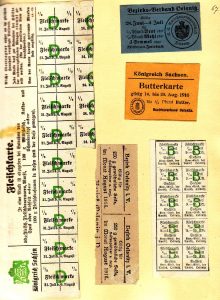 At a time when food and eating were of nagging and growing importance, Germans expressed their anger, fear, and frustration as the taste of bitterness. This shared emotion united consumers against government regulators, city dwellers against rural food producers, and Saxons against their fellow countrymen and –women to the west and north. Although World War I-era rationing enacted the ideal of a paternalistic government caring for its citizens on an unprecedented scale, “fair” did not and could not mean “equal” distribution of foodstuffs, due to the diverse geography and demography of the German Empire. Critics like the ones quoted here expected a more even exchange of Saxony’s munitions manufactures for other states’ agricultural abundance, but no authority was willing or able to wring sufficient supplies from surplus-producing areas like Silesia. When they were asked to depend on and provide for each other, social bonds broke down under the mental and physical stresses of war and deprivation. “Ja, ja: Germany should be united,” scolded a socialist columnist in July 1918. “Every German wishes all Germans well—but the best for himself!” Cynical envy was a tenuous and combustible basis for national solidarity, and it eventually exploded in the 1918 November Revolution that brought down the Empire and ended the war. Unfortunately for hungry Germans, the Allies refused to lift most trade restrictions until the Treaty of Versailles had been signed in June 1919, and due in part to reparations paid to France, domestic food production remained low into the 1920s. Defeat was bitter indeed.