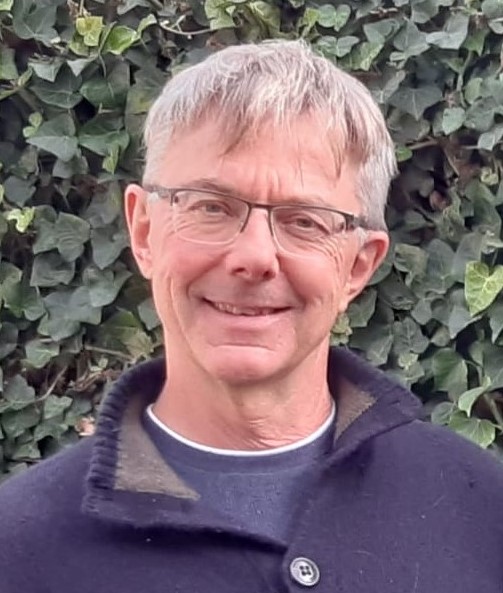 Psychology texts all name Darwin as a founder, yet hail only one concept: natural selection. None seems to know that his books represent a distinctive approach to understanding all forms of agency. This post examines how Darwin’s psychology shaped his take on expressions of emotion.

Ben Bradley is Emeritus Professor of Psychology at Charles Sturt University in Australia. His authored books include Psychology and Experience (2005), Visions of Infancy (1989), and, most recently, Darwin’s Psychology (2020), which is available now through Oxford University Press.

Barely two months after Charles Darwin died in April 1882, Nature had rushed out a series of essays assessing his impact on science. Following geology, zoology, and botany came a final essay on psychology, written by Darwin’s protégé George Romanes. Its premise was an odd one: Darwin’s impact on psychology was ‘immense,’ equalling his impact in any other science. Yet, not only was Mr. Darwin ‘not himself a psychologist.’ He had ‘little aptitude for,’ and even less sympathy with psychological methods. Romanes knew that Darwin privately scorned the scientific pretensions of two leading-lights in Victorian psychology, Herbert Spencer and Alexander Bain – believing that the ‘problems of mind,’ should not be viewed metaphysically or deductively, but ‘in the same broad and general light’ as ‘all the other problems of nature.’[i]

So, what was it about Darwin’s understanding of animals and plants that flowed through to his psychology? More precisely, where did his naturalist’s stance most distinguish his treatment of emotional expressions? Answer: in his focus on the nexus between action and response—as my book Darwin’s Psychology elaborates.[ii]

Darwin cast both plants and animals as agents. Witness his experiments on purposive movement in cabbage radicles (Figure 1), the tendrils of climbing plants, and on earthworms’ intelligent plugging of their holes with leaves. Agency was crucial because, as his law of natural selection stressed, all actions produce reactions, which over time build up a complex theatre of interdependencies between living creatures and their surroundings, animate and inanimate—this theatre producing both the development of individual differences and the metaphorical ‘struggle for existence’ which help drive evolution. This crucial tie between a creature’s movements and their rebounding effects carried over into Darwin’s psychology. So much so that even when Darwin framed non-verbal expressions as purposeless side-effects of functional behaviour – we weep because the protective shutting of the eyes when suffering children scream incidentally stimulates tear-production – he hypothesised that such side-effects first came to signify emotionally through the agency of others responding to them as expressive, only by this route entering common understanding (as e.g. tears mean grief).

The innate human capacity for recognizing others’ expressions – what psychologists nowadays call ‘innate intersubjectivity’ – forms the centrepiece of Darwin’s psychology.[iv] It underpins his explanation for the ‘highest’ or most human of human capacities: language, culture, and conscience. His psychological analysis in all three cases – and also of sexual display – depends on a specialised form of rebounding, or meta-, recognition: my concern for how I read you to be reading me. This reflexive process of ‘self-attention’ is a core feature in The Expression of the Emotions in Man and Animals (henceforth Expression). Expression’s culminating chapter, on blushing, brings together the latest Victorian discoveries about circulatory physiology (Figure 2) with two psychological theories first sketched in notebooks penned thirty years earlier, when Darwin was in his twenties: of the ‘double self’ or ‘double consciousness’; and of sympathy. ‘It is not the simple act of reflecting on our own appearance, but the thinking what others think of us, which excites a blush,’ he wrote.[v] Thinking what others think of us – in the analyses of agency comprising The Descent of Man – proves as fundamental to the mutual intelligibility and maintenance of moral standards which distinguish different human groups, or the aesthetic tastes that vary between cultures, as it is to the self-ornamentation and ‘love-antics’ by which I aim to seduce the attentions of those whom I desire to desire me.

Figure 2. For the second edition of Expression, Darwin asked John Burden Sanderson to use a sphygmograph (pictured) to test whether small changes in blood pressure were consequent upon the movement of a subject’s attention to and away from his or her arm. But there was no second edition in Darwin’s lifetime. So the experiment never happened.[vi]

Expression is primarily where Darwin built his case for the central place of reading others in human psychology, on several grounds. If the muscle-movements comprising expressions of emotion have never been under conscious control, nor intended to express, an isolated expresser cannot know what they are expressing. Hence, Darwin proposed that there was an ‘a priori probability’ that an instinct for interpreting others’ movements as expressive had co-evolved with those movements.[vii] Nor was an inbuilt capacity for reading others just a theoretical necessity. It was confirmed by observation, both of adults and infants. It also proved itself by grounding Darwin’s trail-blazing methods for investigating expressive movement.

As described in Expression, these methods of research are all observational. In the 1860s, Darwin mailed out questionnaires to six continents, requesting trustworthy observers report back on the occurrence and form of specified expressions, particularly in ‘natives who have had little communication with Europeans.’ He only credited answers which recorded ‘the circumstances … under which each expression was observed’—underlining the importance Darwin gave to context in reading others’ movements.[viii] Observations and experiments on his infant son Doddy likewise confirmed the human capacity for reading others’ expressions. Again, context was key. The four-month-old Doddy’s Dad reported that he made in his baby’s presence ‘many odd noises and strange grimaces, and tried to look savage.’ This did not frighten Doddy, however, because the paternal experiments were ‘preceded or accompanied by smiles’—meaning Doddy read Darwin’s facial contortions ‘as good jokes.’[ix]

Darwin’s method for determining the meaning of facial expressions artificially produced by electrical stimulation was to invite lay-people to judge photographs – taken by the French scientist Guillaume-Benjamin-Amand Duchenne (1806-1885; see Figure 3) – without ‘any clue to what was intended being given.’ Only if there were near-consensus amongst lay-judges about the emotional sense attributed to a photographed expression was Darwin confident it had such sense. These ‘judgement tests’ impressed Darwin with the way untrained observers ‘instantly recognised … so many shades of expression … without any conscious process of analysis’ – further evidence that humans have an instinct for reading others.[x] 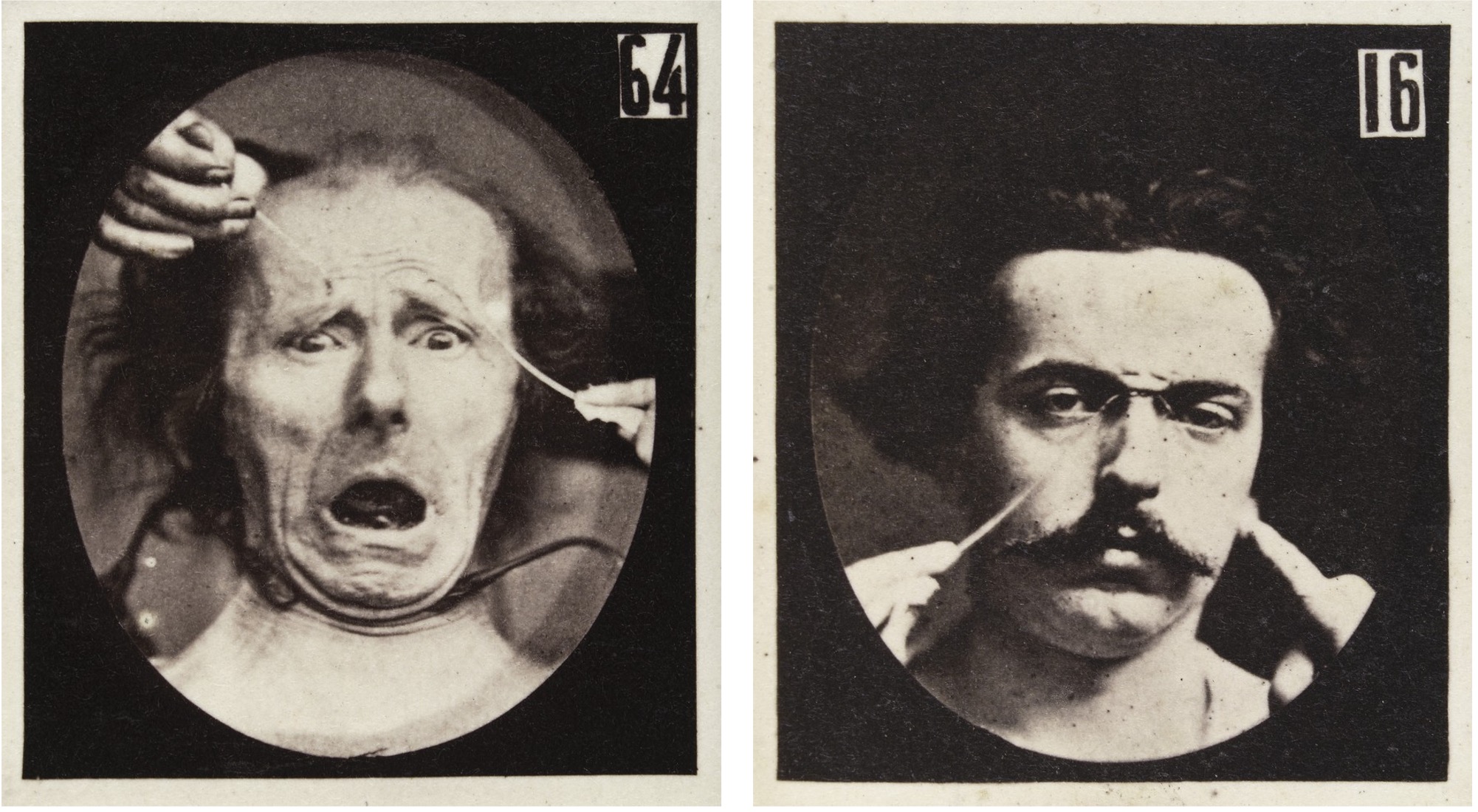 Figure 3. Twenty out of twenty-five of Darwin’s lay-judges saw the left-hand expression as Duchenne intended: depicting some version of fear. Only one of eleven judges saw the right-hand picture as related to hatred, the intended meaning.

To draw out as Darwin’s Psychology does Darwin’s notion that an expressive movement is a part-action which others complete – famously celebrated by George Herbert Mead – is to challenge a hundred years of commentary. Many claim that, for Darwin, it is ‘internal’ emotions which stamp their meaning on visible expressions, expressions themselves being ‘secondary.’[xi] Read superficially, some comments in Expression do support this gloss. But, as Darwin lamented, his book’s argument constantly ran against the grain of the assumptions about emotion that soak ordinary language. See particularly Expression’s warning about the misleading way common speech attributes purposiveness to the book’s central term, expression.[xii] Hence the need for readers to approach Expression circumspectly, because, as Einstein counselled, where scientists’ words prove ambiguous, we should fix our attention ‘on their deeds.’[xiii] Which underlines the importance of the logic behind Darwin’s research methods in Expression. And of the way he typically argued: explaining the muscular movements comprising an expression as caused by other muscular events, not by some hidden ping-pong of ‘emotions’ buried in the consciousness of the expresser, only accessible via introspection (as in Spencer and Bain).

Expression’s last paragraph reminds us that it embodies a ‘theory of expression,’ not a theory of emotion. It largely gives what we now call a situationist account of the way emotion is read into movement: meaning being generated by how an expressive action is perceived by the agents involved to interface with its interpersonal circumstances.[xiv]